Kenneth Forest fished in front of the Miner’s Home where he caught three Dover sole, fish he has never landed locally before.

Revvo Heys fished New Barnes at Arnside last week and arrived at about 1pm to fish an hour of low and three hours of the flood. Fishing frozen black lug on one rod and fresh blow lug on another produced fish almost every cast. They didn’t seem to have much preference of the baits, and a good stamp of fish too, most around the 1lb mark and a couple close to 2lb. The better fish came to baits literally a rods length out in the channel in about 2½ feet of water. All returned alive, even the wriggling eel, a good day despite it blowing a hooley.

In the Bispham Angling / Lancashire Fishing Group sea match fished last Sunday Jordan Russell took top spot with three sole. Runner-up David Playforth had a 39cm tope, which was also the longest fish and third placed Kristian Leslie landed a flounder. Today’s tombola raised £59 for the lifeboats so thanks to all those who contributed. 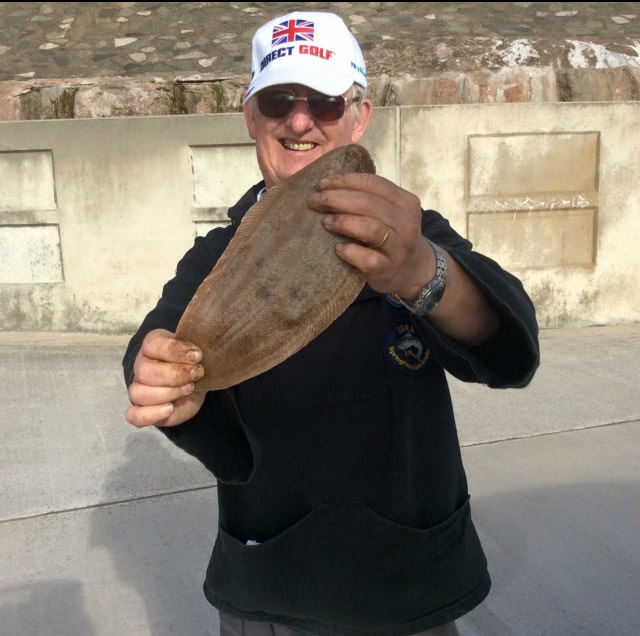 Michael Pye reports that he fished the Gynn with Daz using two rods with a variety of baits including cocktail. The fishing was on the slow side but half an hour before high water he had a descent knock which resulted in a nice sole, a first for Michael. That was it until a last cast weever at 7:00pm.

David Hoyle fished the Gynn last Tuesday, opposite the Miner’s Home, where he had a weever first cast at distance to add to his species hunt score. This was followed by a flounder then nothing until about an hour before high water when a slack line bite indicated a smoothhound, which was unfortunately lost at bottom of wall. David had two more weevers and a tope pup before packing up about an hour after high water.