Sunday Fleetwood and District AC fished at Stanah on the river Wyre estuary as this is a good flounder venue. Only six fished as a lot of the members went to fish Gerry’s Open at Morecambe and they had to contend with rain and mud on their first time visit.

Crab proved the best bait on this venue and distance casting is not required.

The winner was Bob Marsh with 15 flounder for 183 points with runner-up David G Hutchinson having 12 fish for 145 points.

Last Thursday morning Andrew Riley fished three hours down and two up at Morecambe over low water, 10:20am, next to the stone jetty. He fished two rods with two hook flappers and bait was fresh blow lug, fresh black and crab together with smelly frozen black as well. 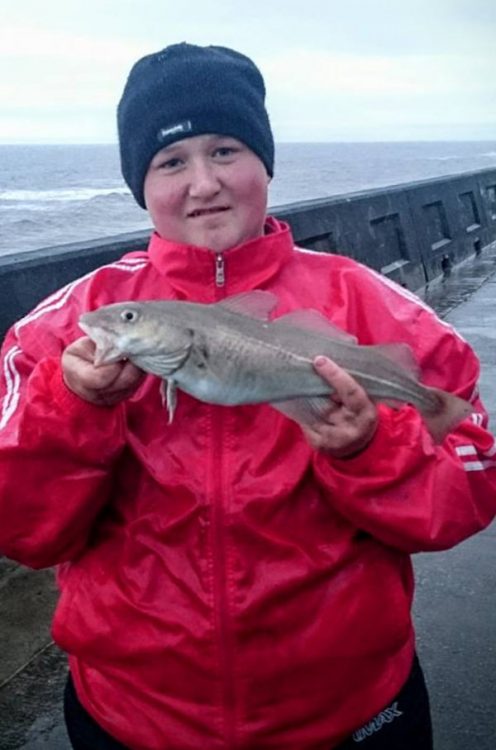 He was into a flounder first cast then other rod bounced as a plaice picked up the bait. It was then non-stop with a bite a cast providing great sport despite the weather which turned wintery.

He ended up with 19 fish; 12 flounders, the biggest 43cm, and seven plaice with the biggest making 39cm. He was still getting fish when he packed up after running out of fresh bait, most of the fish came to fresh blow lug tipped off with crab. Andrew did launch a ray rig with crab on a 3/0 hook but the flounders managed to hunt this down too.

Last Thursday Carl Berry fished at Fleetwood during a full flood tide. Suffering all sorts of weather, he had three plaice, two flounders and a small codling, despite the attention of a lot of crabs. On Saturday Carl fished at Cavendish Road where he had a further six plaice and two small codling on swimmer.

Reece Medcalf had a great day out on Saturday with John Carden, Rick Pennington and Richard Gross. They fished the St Annes side of tram station and although it didn’t fish at its best they managed five flounders between them. Conditions had raised their hopes for something bigger but not to be this time, however great weather and great company.

Richard Beech fished last Sunday and reported a great last minute session after travelling an hour to get to the chosen mark. He arrived an hour before high tide and caught four fish, flatfish and codling, on fresh worm.

Jordan Russell, Paul Longworth and Joe Green fished the Fleetwood Channel on Saturday night over the last three hours of the ebb. They had small codling every chuck with loads of double headers. All fish where caught on fresh yellowtails, razor and fresh peeler crab.

On Saturday Alex Mackenzie also fished the Channel where he had a single flounder on peeler crab tipped off with a bit of artificial white rag dipped in peeler crab oil. 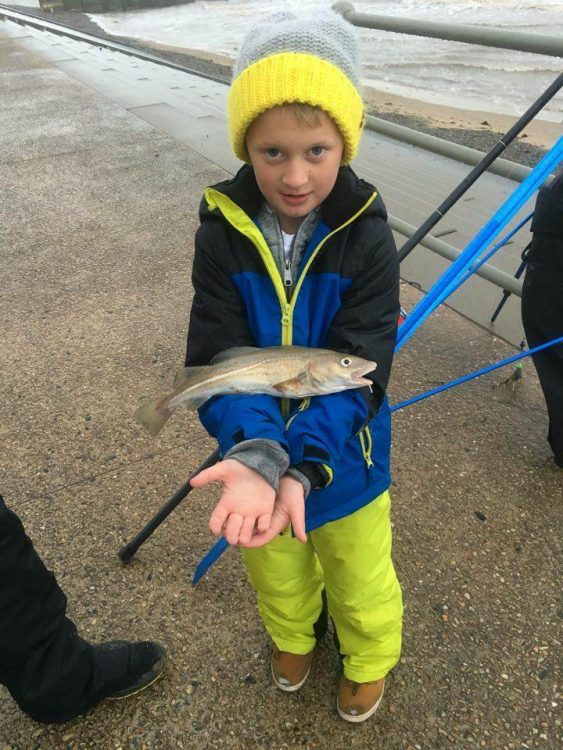 Martin Foxtrot fished the Gynn on Sunday with Steven Prior, Steve Elton, Alex McKenzie and Andrew. They found plenty of codling as the sea had a nice edge on it and everyone caught fish.

This Sunday, the 8th of May, is the date for this month’s Bispham Angling and Lancashire Sea Fishing 5-Bar Gate Open match. The entry is £10 per person and included in the fee is a bait pack consisting of 10 frozen worm, 10 fresh and two frozen mackerel. Only the bait provided can be used so it should be fair for all. There are cash prizes for 1st, 2nd and 3rd. There is also a prize for longest fish and a Junior category. There is also a raffle for the RNLI with great prizes from our sponsors Sidewinder and Ultima tackle. For any more details please contact us on 01253 358194.