Jordan and Bethany Have Catch Of The Week

A short report from Jordan this week as he has been busy with the new arrival baby George so the fishing has taken second place this week. Congratulations to Jordan and his partner Bethany for their catch of the week.

Fred also had the biggest fish, a smoothhound of 82cm. 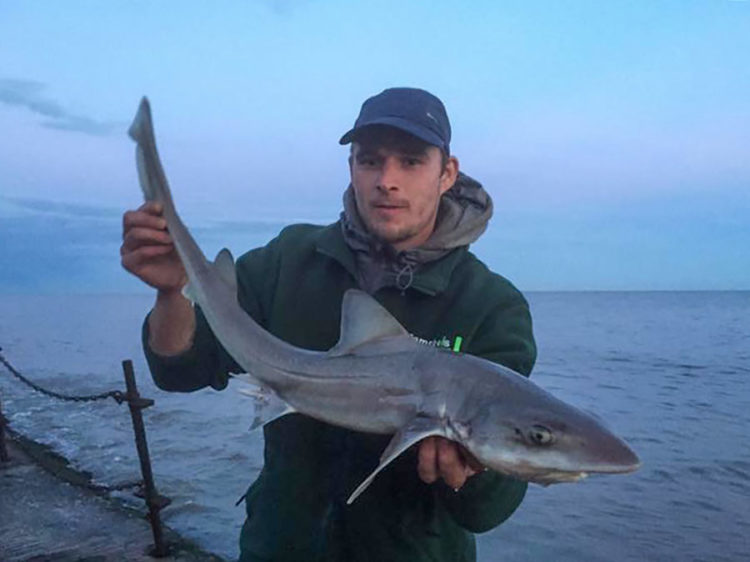 Guy Shaw with a smoothhound caught at South Shore

Wyre Boat Club member Nathan James Berrie headed out to a boulder mark and on first drop managed a launce and scorpion fish followed by repeat codling on feathers. He then had a double figure smoothhound on feathers before a small shoal of live baits rocked up.

Nathan headed off to Fleetwood with only around half an hour drift time managed three drifts. The first was a blank but the second produced an 8½lb bass. The final drift produced another smoothie. 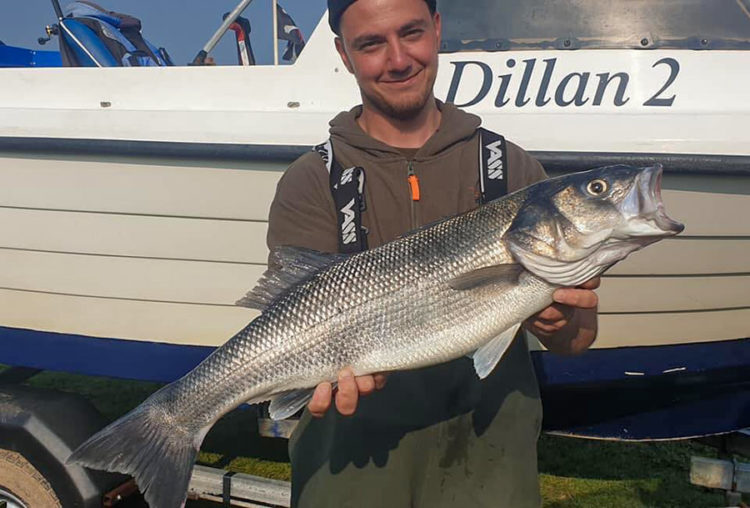 Nathan Berrie with his bass

As he had missed the wrasse action during the morning and with the tide right on the return journey he float fished feathers tipped with prawns and within 10 minutes the rod hopped over and another box was ticked.