Jason Watling joined a few mates aboard Andy Privett’s boat “R Afair” for a trip out to the banks off Selsey Bill, Sussex on Saturday. Target fish were the massive blonde rays know to hunt over the undulating sands and boy did they hit the bulls eye. Simple running leger rigs with 6oz leads attached to zip slider booms did the damage in the tide run which assisted the rays in their struggle. The lads fished light in water seven to ten metres deep, 30lb two metre long traces to 5/0 hooks baited with double mackerel fillets.

Altogether fifteen rays all over 12lb were brought to the boat to be weighed and returned with several topping the twenty pound mark and culminating in Jason’s personal best fish of 33lb. The anglers will no doubt be upping the strength of their traces on the next trip as skipper Andy lost a massive specimen after a 30 minute battle.

Not content with hammering the blondes the crew also fitted in a short plaice session at half time which resulted in 15 of the spotted flatties being landed. 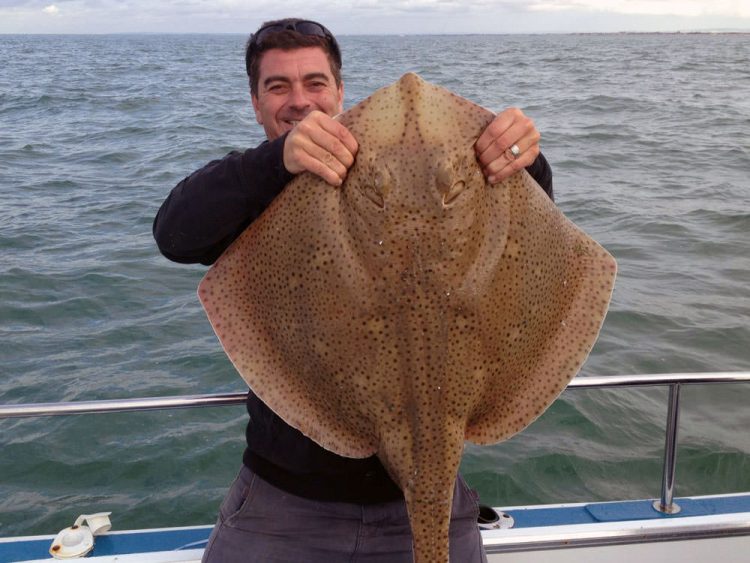