The August Bank Holiday arrived and so did our typical British weather, dropping temperatures, high winds and rain!

Boat reports are rather patchy.

The cooler weather has seen some thornback ray moving closer to the shoreline. Reports from St Osyth beach are promising with some rays being caught.

Bass fishing on the Jaywick beaches seems to be getting better with plenty of school bass as well as one or two bigger fish. I headed to these beaches this week to fish over high water and the bass were feeding. I fished very close to the rocks on a calm evening and saw movement of fish no more than 15 feet out, so with light tackle I fished a pop-up bead and size 2 hook baited with ragworm tails. It wasn’t long before I was catching bass to 3lbs, but as the tide ebbed the bass disappeared, it was hectic fishing for a couple of hours. 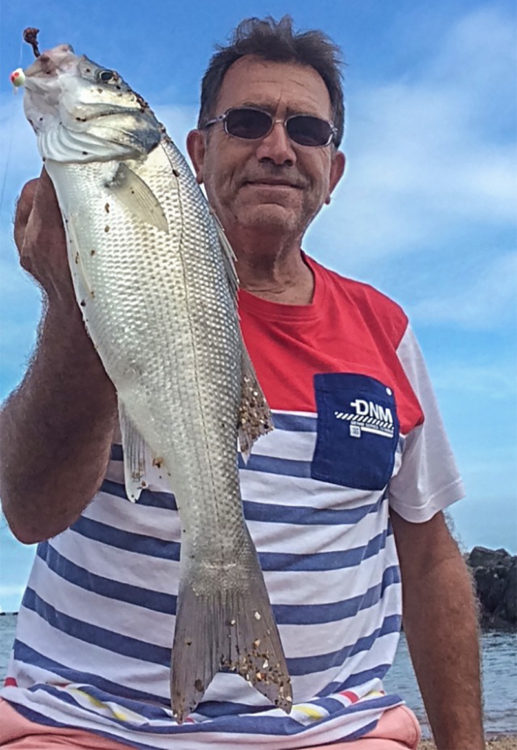 Clacton Pier has been quiet this week, although there are still school bass to be caught and the occasional thornback ray, with dogfish and whiting starting to show after dark.

The Clacton and Holland beaches have also seen a few thornback rays along with school bass and soles. Young Oliver Rotchell fished with his dad Daniel on the Holland beaches last week. His dad landed a stingray, and this week Oliver was catching the bass.

The Frinton beaches have also seen one or two thornback rays being caught along with school bass and a few soles.

Walton Pier is still seeing plenty of school bass and soles after dark, plus now some dogfish and whiting. 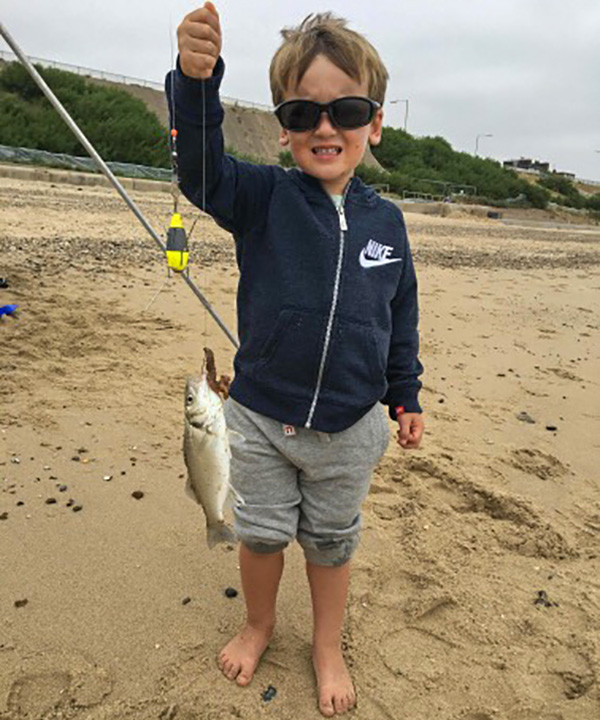 Young Oliver Rotchell spent the day fishing with his dad Daniel on the Holland beaches and is now hooked for life.

Colchester Sea Angling Club held their Annual Sole Challenge on the Aldeburgh beaches. 14 anglers fished a flooding evening tide and with perfect conditions it was always going to be a good match. All anglers caught fish but unfortunately not everyone managed a sole. 16 sole were landed along with bass, eels, flounders a smooth-hound and dogfish.

The heaviest round fish prize went to Mick Bradley for his 1lb 4oz dogfish.

Neil Marples fished off the Walton coast line in his boat Milore he reported that there were lots of small bass feeding, although he did land a 5 pounder and an 8 lb thornback ray.

As Autumn moves in hopefully we will see a few more codling than we did last year. The South coast has already seen a few arrive, so we will have to wait and see.