After not running any matches since Saturday 12th Dec last year, Skegness Pier Angling Club (SPAC) held their first and last match of 2021, on Saturday 11th Dec from the beach in front of Lakeside Leisure, Trunch Lane. After thinking long and hard about where best to fish the match, I eventually plumped for the ever-reliable fishing at Trunch, where we are always made welcome by Lakeside owner John Cook and his staff.

Yours truly did the booking in and peg draw, whilst early arrival John Spalton kindly put the pegs out. John placed peg six directly opposite the beach access, with the other pegs spaced accordingly to the north and south. Originally there were 15 pre-booked in; but with a couple of anglers then unable to make it, 12 previous Club members went off to their drawn pegs, with Wayne Sumner calling to let me know he would be arriving late.

The weather in the week running up to the match had been very changeable; but on the day we were met with perfect conditions of a light offshore wind to help with the casting, along with a calm sea having just enough lift to hopefully encourage the fish to feed freely. 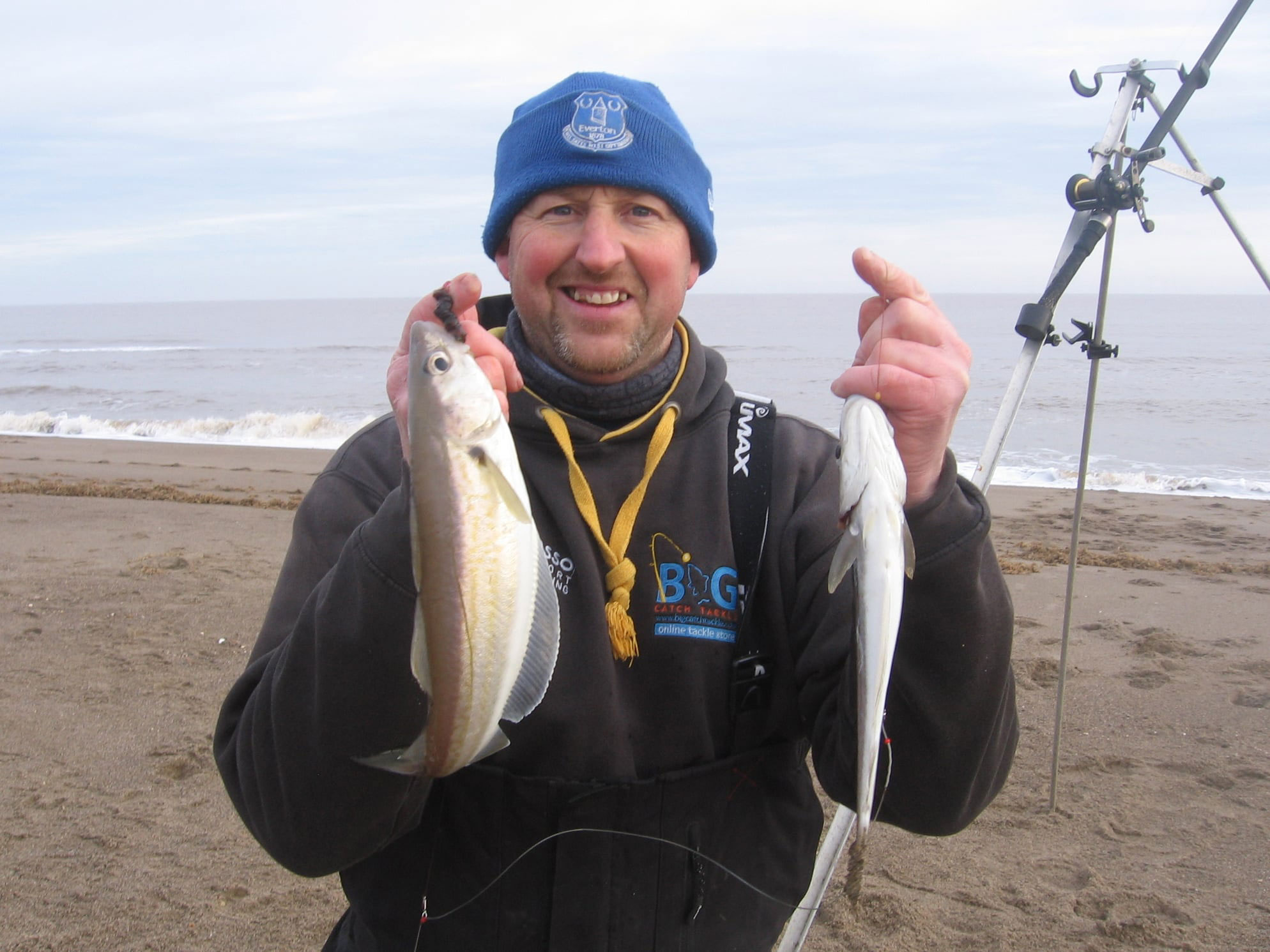 My choice of venue appeared to have been vindicated, with rods knocking from the off and with some quality anglers on the beach, fish soon started to come ashore. As usual, hound magnet Adie Cooper was straight out of the blocks, with a triple shot of decent whiting appearing on the surface from his first cast. But as he wound them close to shore, one of the whiting escaped and just two landed on the sand. At 37cm and 31cm on the measure though, Adie was already on the way to his first metre and I suggested to him that if he kept that up, 10m plus was a possibility! 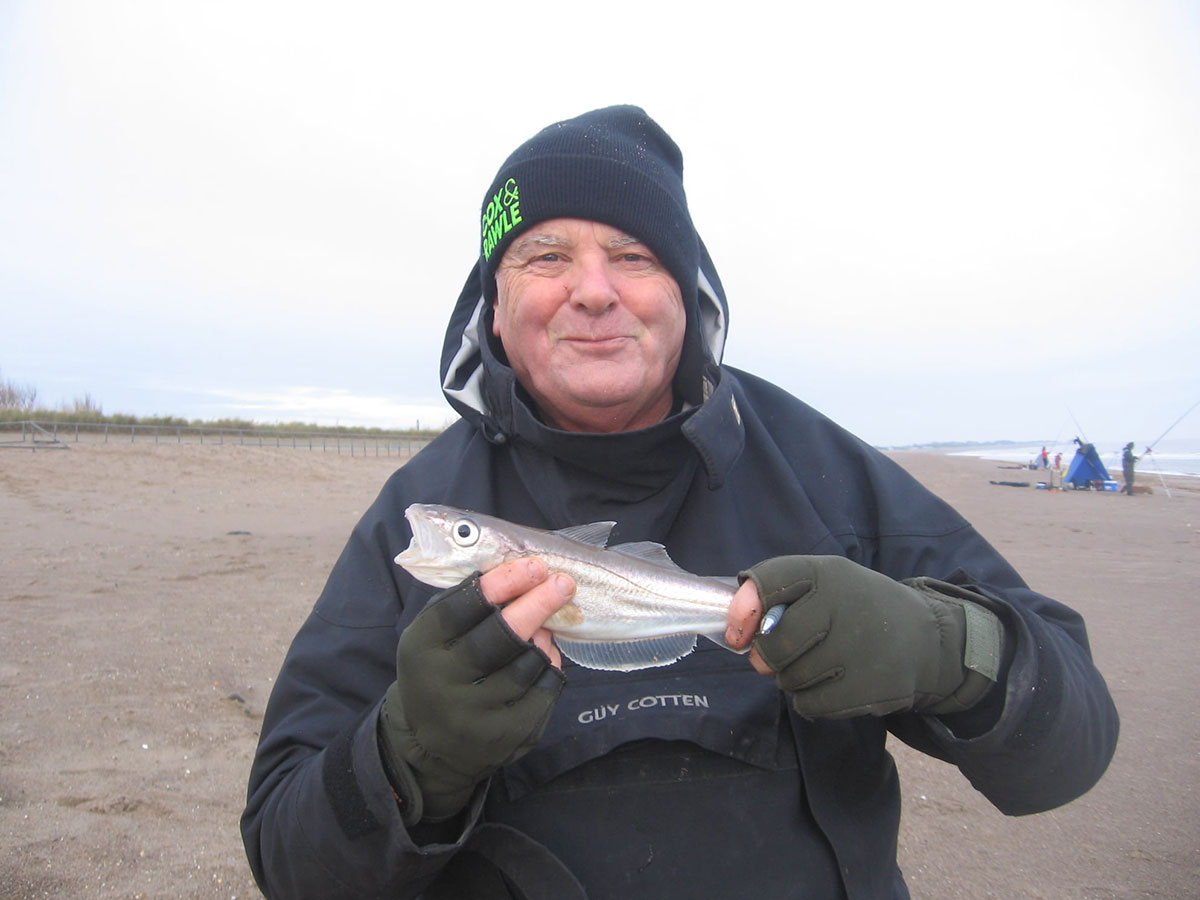 Next door to Adie on peg 5, Tony Burman soon had a 31cm whiting on his card and looking both ways along the beach, anglers could be seen returning fish, so things looked promising for a good match. But unusually for the normally consistent venue, some were struggling to get a bite.

Most of those that were catching fish were casting three hooks clipped to distance. But further along on peg 11, Gordon Nelson was showing those around him how to catch fish at close range and soon had over a metre recorded on his card. His son Ian was also catching well and was already over the metre mark, when his cause was helped by a cracker of a whiting measuring 39cm! Those pegged on the lower numbers in shallower water seemed to be struggling a bit, although Paul Denholm on peg 2 pulled in a couple of decent whiting, followed by a nice fat 34cm flounder. 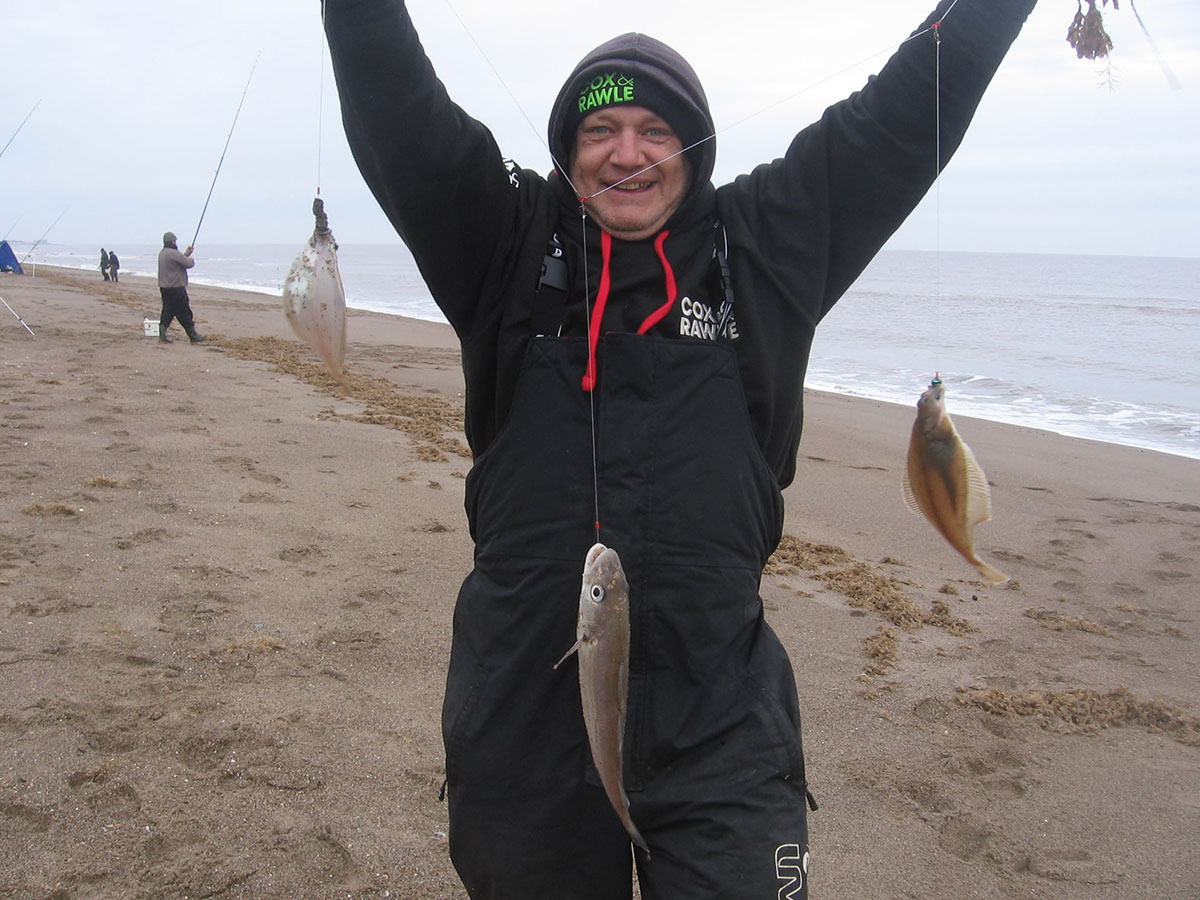 But there was no stopping Adie doing the business as usual, casting three hooks the proverbial mile and pulling in fish after fish, including many double and treble shots. With ten minutes of the match to go he had over 9 metres on his card and a double shot on his last pull in saw him reach my suggested target, ending up with 36 fish measuring 1012cm in total. His prodigious casting had found the bigger fish, with 14 of his 22 whiting being over the 30cm mark, topping out with a 37cm beauty. 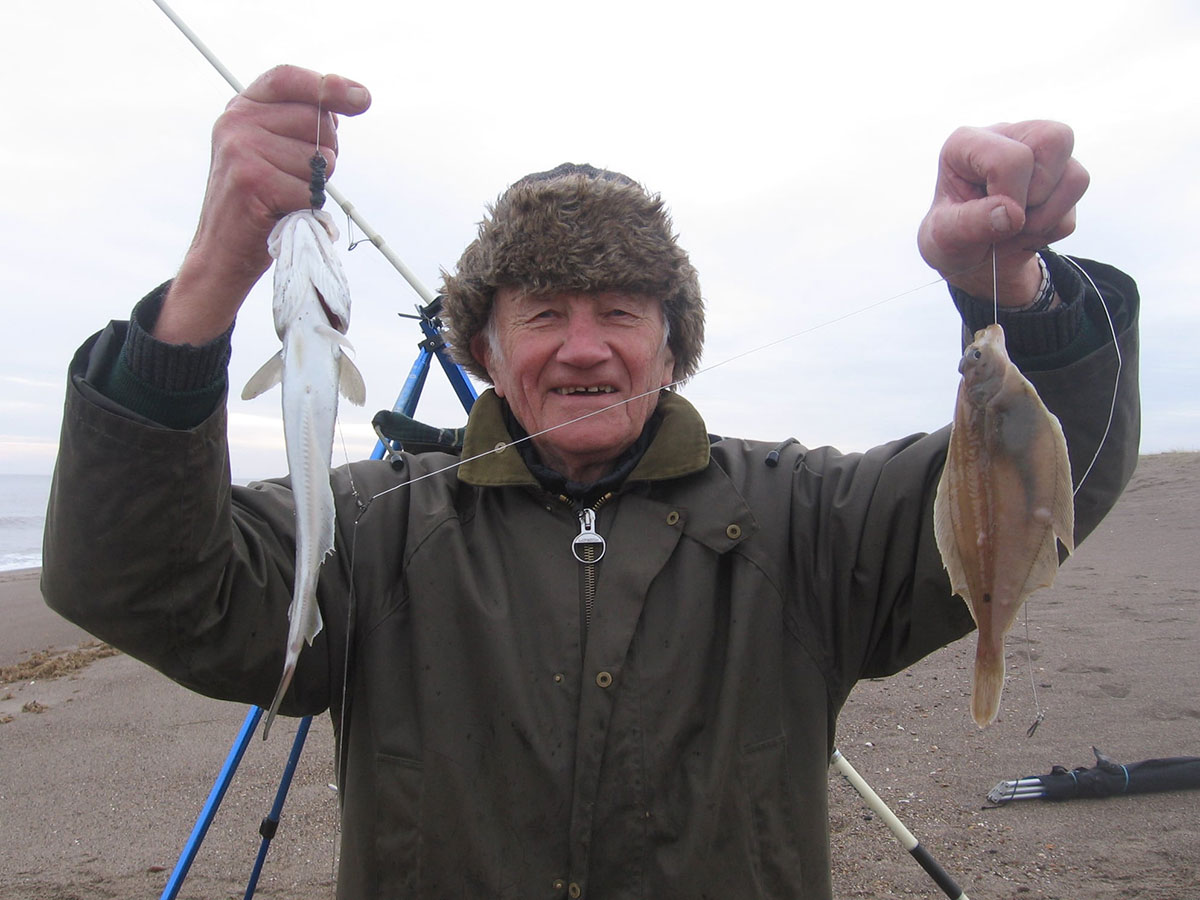 Overall there were 69 whiting, 68 dabs and 2 flounders caught.

Bev Faithfull was SPAC Treasurer for more than 43 years and his two sons John and Jim came along to the match and kindly donated a bottle of whisky, which was presented to Adie, along with their late Father’s Memorial Shield. This is the third year that we have fished for the shield, with Adie being a close second on both previous occasions, but he was unstoppable this time. 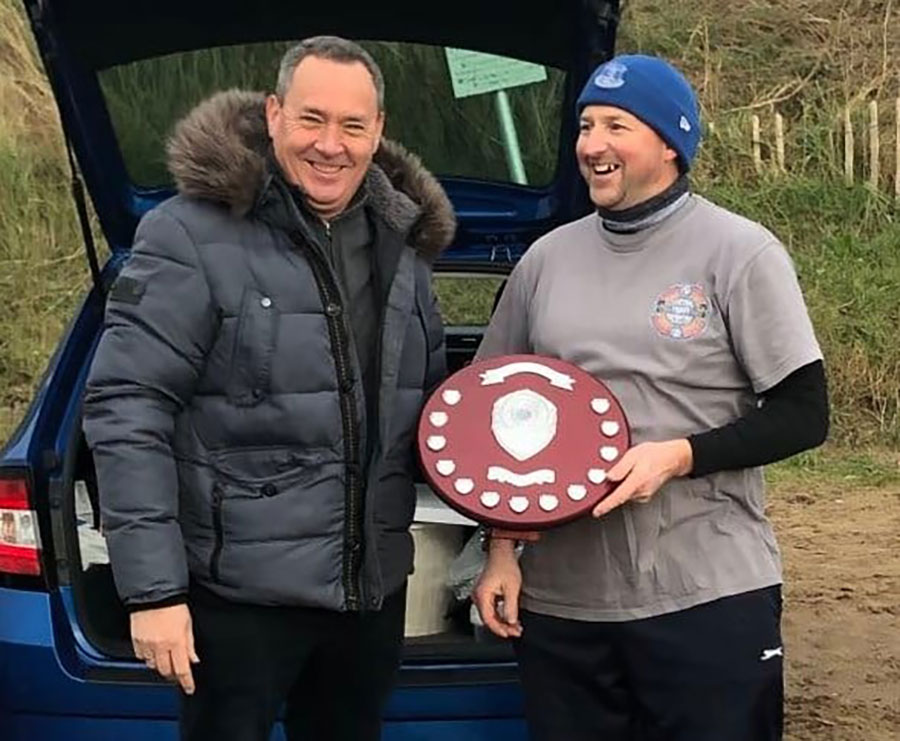 To the winner, the spoils

So that’s it for another torrid year for the Club, due in no small part to Covid 19. SPAC is still very much a going proposition however and hopefully we will have a match programme next year, albeit with a reduction in the number of matches, possibly down to one match a month, so watch this space!

Finally, I wish everybody out there, both anglers and friends, a very Happy Christmas and a peaceful, successful and hopefully Covid free New Year.