After last week’s whiting fest at Weybourne would the fish turn up at Trimingham this week? Conditions looked good as we gathered on the ramp car park at Trimingham with tide still up to the revetments either side of the ramp. Discussion was whether to fish left or right of the ramp. Opinion was divided with talk of certain groynes notorious for snagging.

We were joined by Jamie Childerhouse who was on a side bet with dad (Ian Childerhouse) as to who would be paying for a late supper. The Spalton forecast showed the tide was fairly flat, and the official weather forecast confirmed low wind, and mild. The 10 gathered by 5:30pm were joined by Nathan Drewery who blamed Father Christmas for his late arrival, if you believe that you’ll believe anything.

Everyone took their preferred position on the beach either left, ramp (straight), or right…..with particular care taken to make sure no one was fishing alone. Recent mud slide at Mundesley reinforced the need to watch out for each other, so with the tide beginning to fall we cast off. While conditions were good the snags occurred both in the left/right of the ramp, so the simple message is that you need to accept there is a chance of snagging at Trimingham. 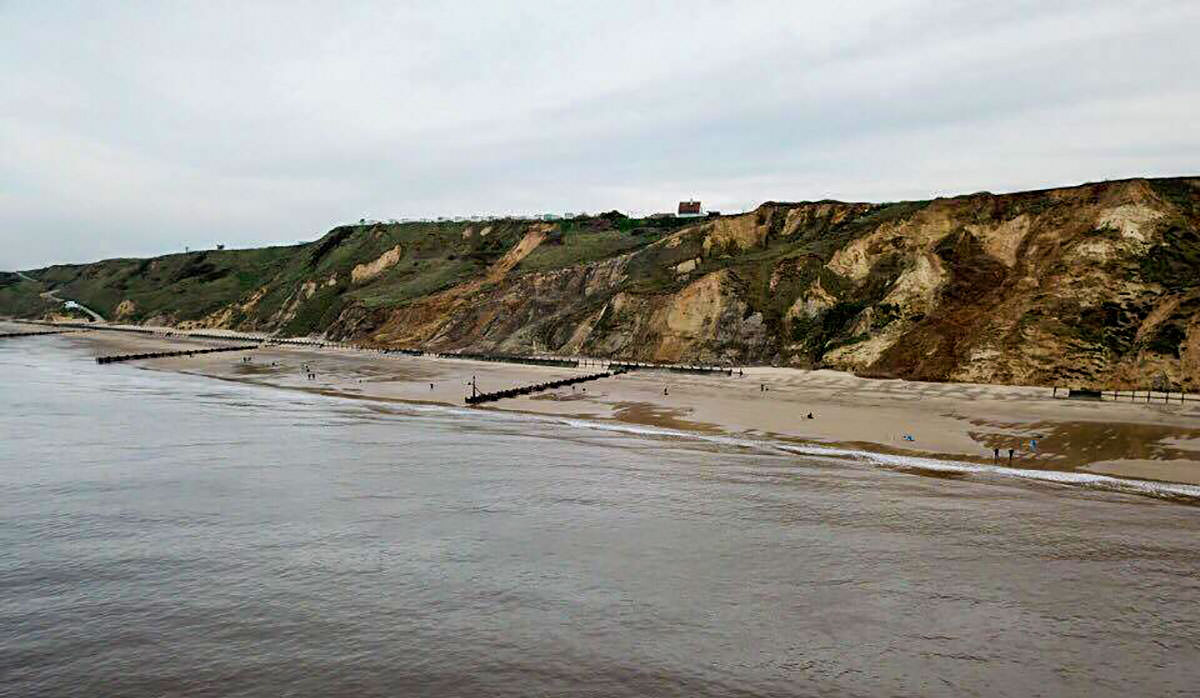 Good news despite the snags the fish started to appear, catching on all baits but with a few double/treble traces being filled with below size whiting/dabs, in addition to those to size. In total 139 fish caught of which 105 were whiting, 27 dabs, 6 rockling and one coalfish. But honours for the night fell to Santa’s little helper (really) Nathan Drewery fishing to the right catching an impressive 32 fish, 542 weight points (11lb 5oz).

See images for the scores/catches. Biggest flat, a 29cm Dab also went to Nathan. With the biggest round going to Leon Smith catching a 34cm Whiting.

Next match will be 20th December at Gt. Yarmouth (South Beach) meet the main road near Premier Inn. It will be a special one as Eamon will make the draw for the Walking with the Wounded raffle. Anyone who has made a donation will be included in the draw. 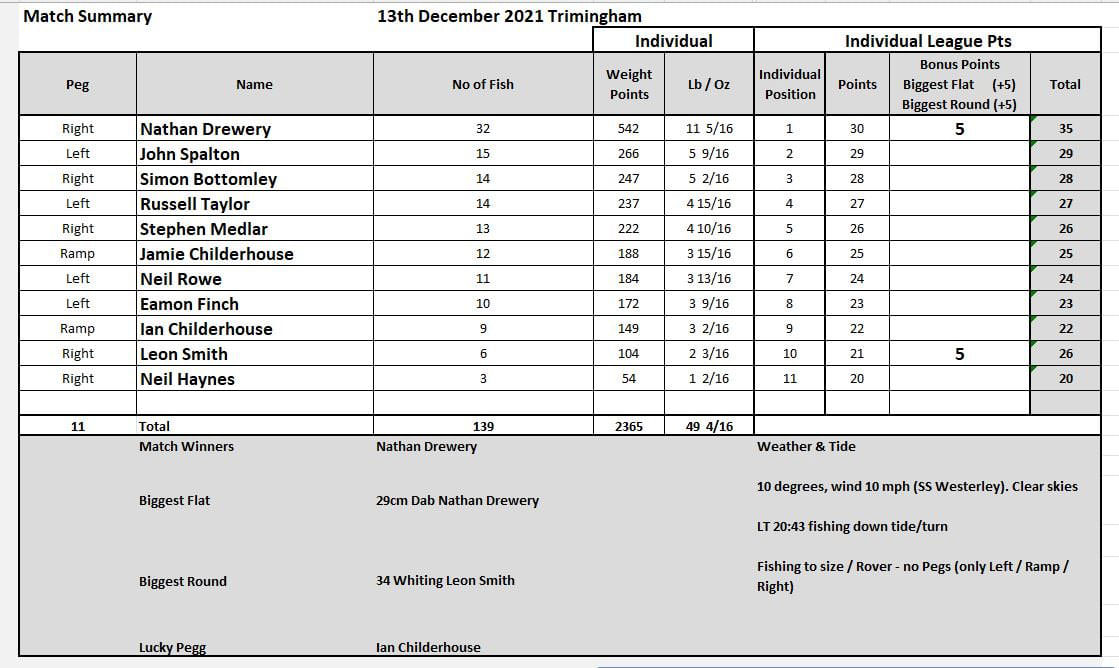 We should have raised by the time of the match a total of £600 (inclusive of a donation from NAC funds). A big thanks to all who have supported. If you still want to make a donation and enter the raffle (see images of prizes) please use the link to make your donation.