The latest Skegness Pier Angling Club (SPAC) open match was held yesterday, Saturday 17th August from 4:30 till 8:30pm at North Shore Road. The venue has been fishing well for smoothhounds recently and a better turnout of 14 anglers were met by near perfect conditions of south westerly wind, with an almost flat calm sea.

The match was fished four hours up the tide, which initially appeared to be a good choice, as hounds were being caught from the off. But then the dreaded weed came on in quantity, covering baits, dragging gear round and generally putting the hounds off. But as the water approached the high tide mark, the weed all but disappeared and the hounds came back on song for the last hour and a half. 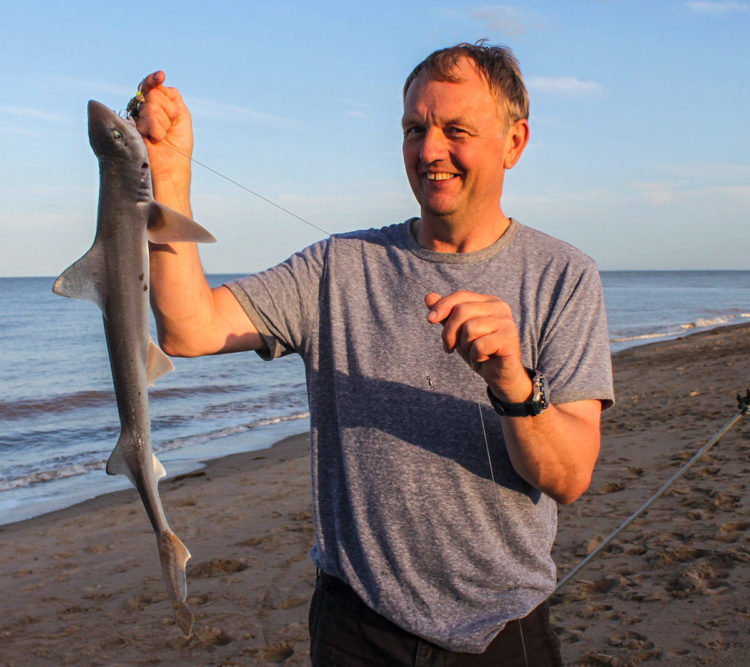 As usual, it was the top class Grimsby anglers catching the lions share, but unusually “hound magnet” Adie Cooper was not having it his own way on this occasion. Instead, top match anglers Karl Nangle and Garry Hutson were in the driving seat, casting prodigious distances and both pulling out hounds with alarming regularity!

Karl, when he’s on top form, is a hard man to beat as he is so smooth, quick and focussed in everything he does. Although Garry ran him close, it was Karl who came out on top, winning the Dave White Cup with eleven hounds and a small dab for 956cm total length. Garry also fished brilliantly, but a couple of missed bites, along with a lost hound cost him dearly and he came in second with 10 hounds for 847cm. He also won the longest round fish prize with his last cast 104cm hound. 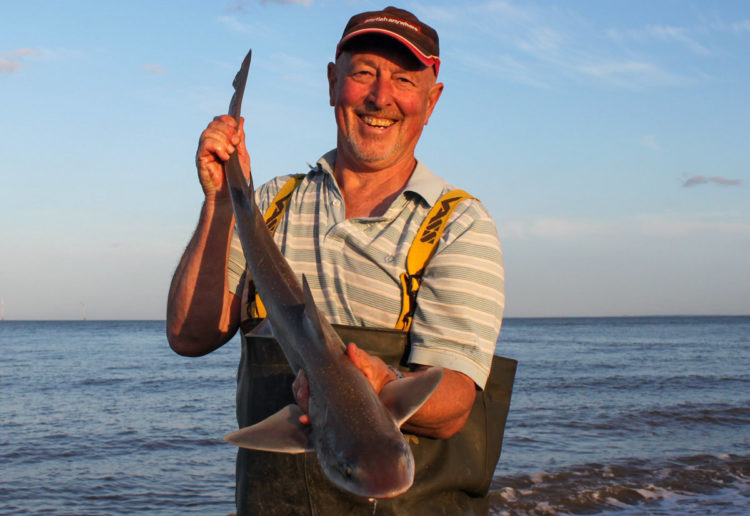 After a poor start, Adie picked up a few hounds towards the end of the match, ending up with seven. But Grimsby ace Dan Jackson pushed him down into fourth place, catching better quality hounds to take third place with six hounds for 555cm. Flattie ace Rick Jarvis only managed one flounder this time round, but it hit the measure at 33cm, winning him the longest flatfish prize.

So another great match, with 63 fish caught this time, consisting of 55 hounds, four flounders, two dabs, one sole and a solitary weever, all of which were returned to the sea alive. 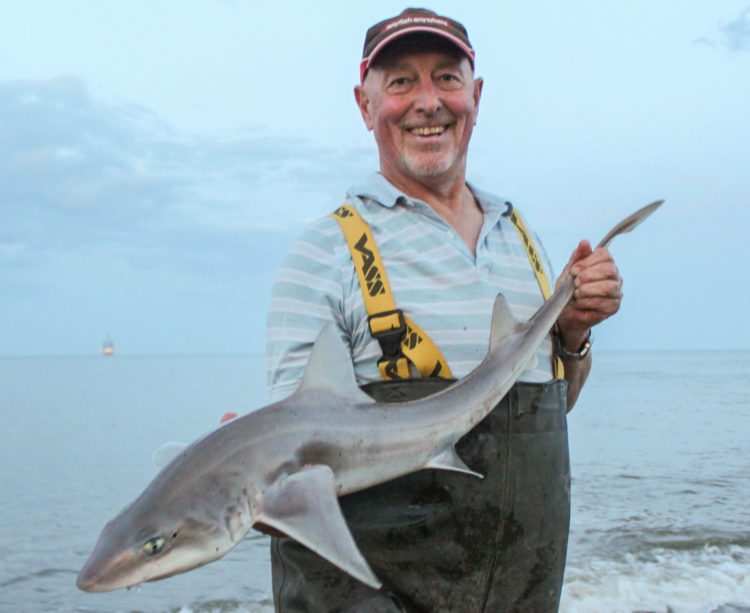 Second placed Garry Hutson with the longest round

The next SPAC event will be the annual casting competition, which will be held next Sunday 25th Aug at Bircham Newton, Norfolk, by kind permission of Norfolk Casting Club (NCC). Club members will be casting for the Vanguard Trophy, which will be awarded for the longest cast on the day, irrespective of weight used. Non-members can also come along, as NCC allow “day casters” to participate in their events. It’s a great day out, with plenty of banter and an opportunity to see some top casters in action. Please contact me if you would like to attend and I can send an electronic copy of the rules to you. 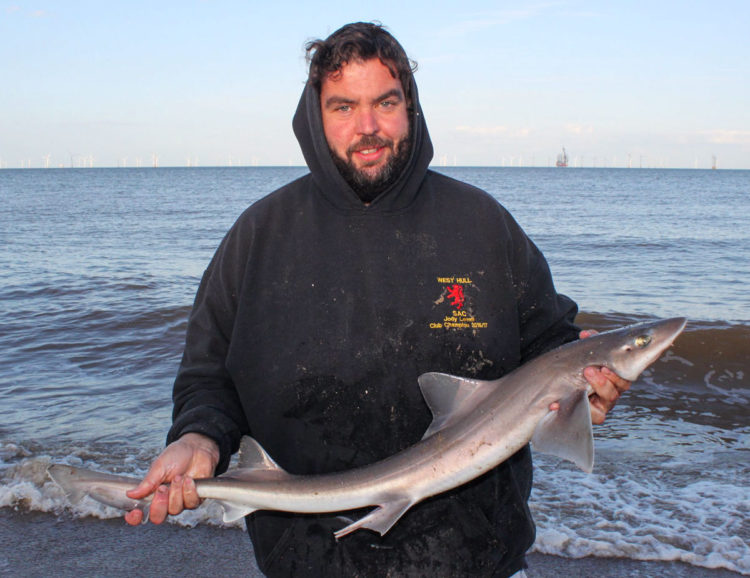 The next SPAC match will be held on Sunday 8th September from 1 till 5pm at Winthorpe Avenue. The match is open to all and SPAC members will be fishing for the Mrs Wheatcroft Cup. The annual Mixed Pairs event will also be fished on the day, with a cash prize and trophies for the winning pair. Winthorpe has been chosen as the venue again, as the gulley there can be easily reached by the shorter casters and offers a variety of species. Please pass on to those not on Facebook and please contact SPAC Secretary Chas Tibble on 07984 967988 or chastibble@hotmail.com for further details.