The Skegness Pier Angling Club (SPAC) annual Species Hunt was held on Sunday 12th May at Trunch Lane, on the beach in front of the Lakeside Leisure complex. Despite the match clashing with other open matches, we once again had a good turnout of 13 anglers.

Conditions were ideal for a change, with bright sunshine, a gentle breeze and a nice lift on the sea. However, rough seas in the week leading up to the match made it very doubtful that species such as smoothhounds, rays and dogfish would feature in catches. The match was fished to a simple format of 10 points for every species caught, then 1 point for any further fish caught of the same species.

It was anticipated that the ubiquitous flatties would once again be the main feature of catches, with reports soon coming in of flounders and dabs being caught. But for this match, it was important to try and catch other species, once the flatties had been carded. 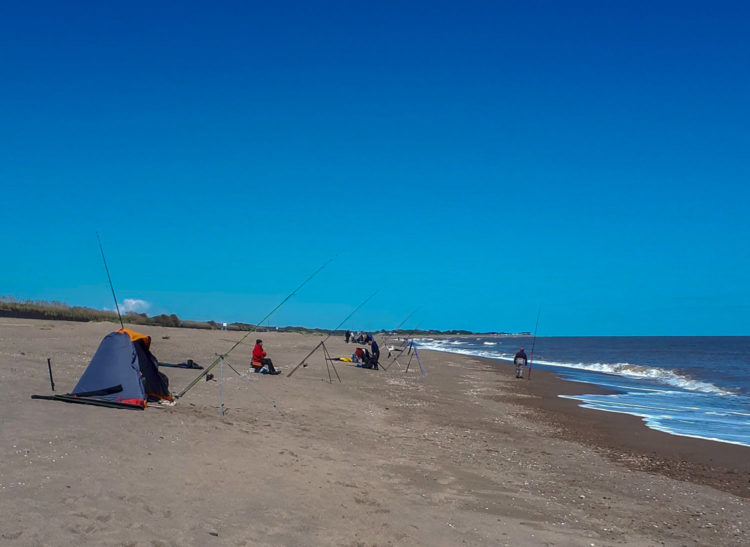 News filtered down the beach that Dylan Morgan’s first fish was an eel pout, which is a fish not often caught from local beaches, so he was off to a great start. Then Kevin Warner added a rarely caught smelt to the flounder and dab he had already caught, thus becoming an early front runner with 30 points on his card. But some anglers were struggling to catch the different species, with Dan Jackson, Paul Marshall, Rick Jarvis and Bob Foster, all catching a succession of flounders and dabs.

Dylan’s first fish was this eel pout, which got him off to a great start

Dave Burr was quietly going about his business as usual, alternating clipped rigs at distance, with close range flappers, to put a couple of flounders, a dab, then a small turbot on his card. Further north along the match stretch, match organiser Chas Tibble was off to a flying start too, with a 35cm flounder caught extremely close in, followed by a nice dab at distance, then a tiny silver eel at close range, to become another angler on 30 points. 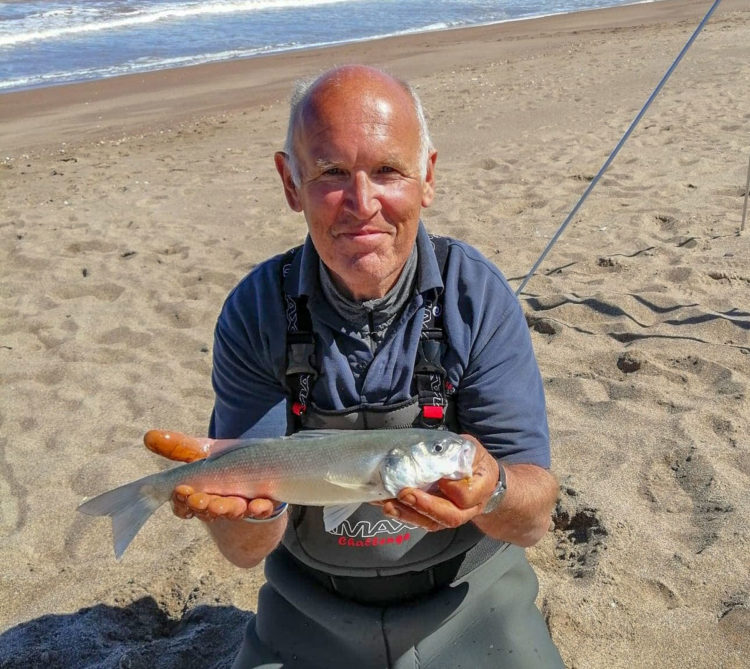 Chas with his last cast bass

But in the end there was no stopping young Dylan, who added a bunch of flounders to his eel pout, followed by a small dab and then the only whiting of the match, to win the Species Hunt trophy with four species plus five “extras” for 45 points. Dave Burr added a couple of decent sized silver eels to his catch of flatties, taking second place with four species plus two “extras for 42 points. Chas Tibble targeted schoolie bass at close range to try and add to his 30 points, but missed a number of cracking bites from the smash and grab little predators. In desperation he changed from braid to monofilament, upped his hook size from size 4 to 2 and put a whole yellow on each hook for his last two casts. The changes worked, with a slack liner a minute from the end resulting in a 28cm flounder and a 39cm bass double shot. This catapulted Chas into third place, also with four species but just one “extra” for 41 points. 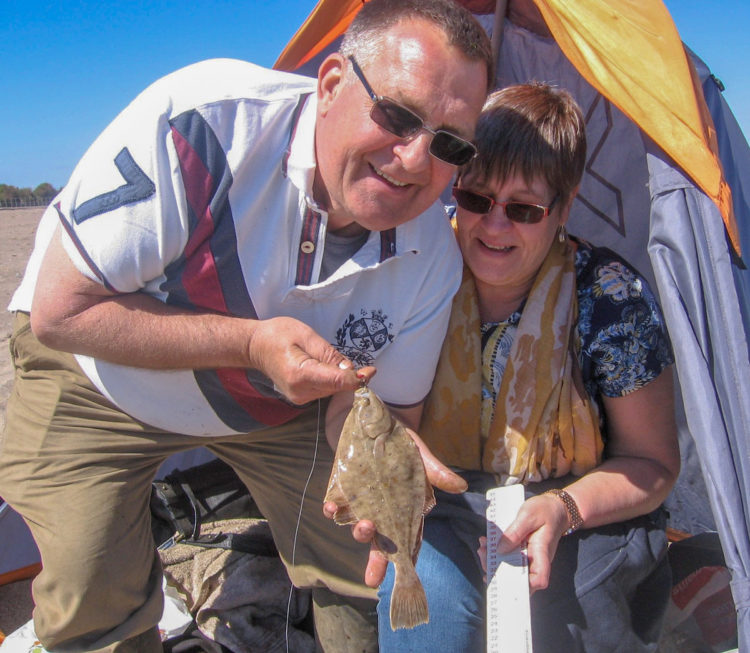 Russ and his wife Jacqui with a nice flounder

There was a three way tie for the longest flatfish prize, with Dave Burr, Paul Marshal and Chas Tibble, each carding 35cm flounders. Dave Burr was also in the money again, taking the longest round fish prize with the larger of his two silver eels, which hit the measure at 52cm.

So the match was a fair test of angling skill, but with a bit of luck also needed to catch the bonus species to add to the points tally. Altogether there were 67 fish caught, consisting of 32 flounders, 25 dabs, three silver eels, two bass, two turbot, one eel pout, one smelt and a tiny whiting, the vast majority of which were returned to the sea alive.

A big thank you goes to Lakeside Leisure and Big Catch Tackle for allowing SPAC the use of their facilities to work out the results and to carry out the prize presentation. 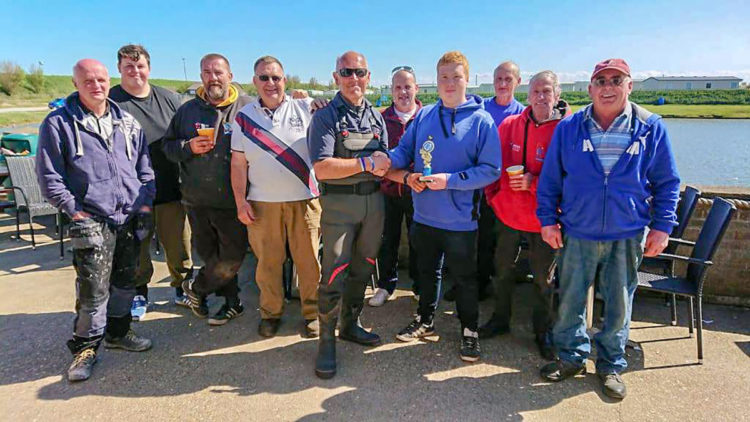 The next SPAC match has not yet been decided on and there will be a meeting taking place this Wednesday to finalise the SPAC match programme up until the end of the year. Once decided upon, the match list will be publicised on Facebook.