Skegness Pier Angling Club (SPAC) held their final match of the year on Thursday morning from the beach in front of Lakeside Leisure, Trunch Lane. There was a reasonable turnout of 12 anglers, consisting of 10 Club members and the welcome addition of SPAC first timers, Richard Abbott and Mel Turner. We hope you both enjoyed your first match with the Club gents and it would be great to see you again!

Conditions were good and there were plenty of whiting and dabs caught, with casting distance being the key to success in the bright sunshine. Long casters Adie Cooper, Garry Hutson and Dave Shorthouse had a ding dong battle for top spot, with Adie on Peg 4 running out the winner once again this season, catching 30 fish for 850cm. 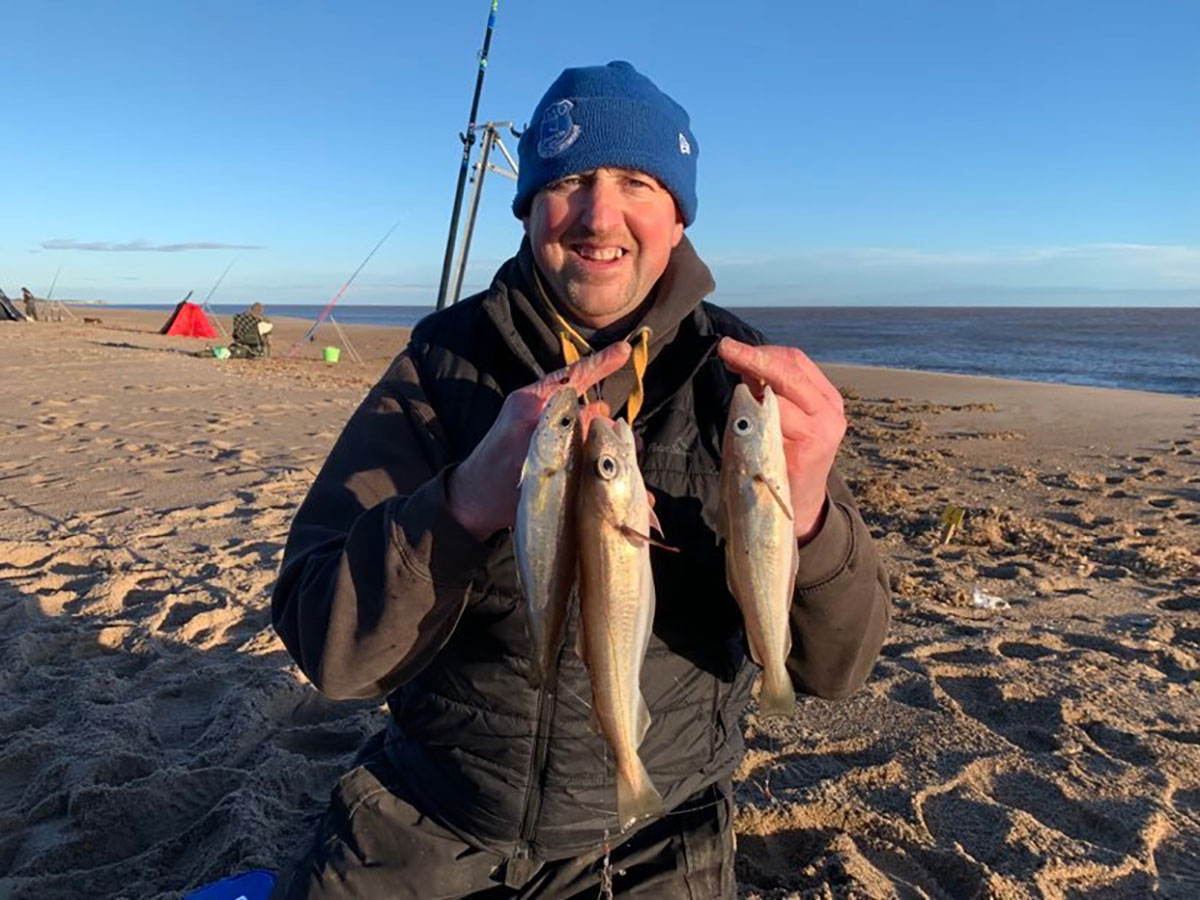 It was nip and tuck between Garry and Dave on Pegs 11&13 respectively, with Garry taking second place with 26 fish for 740cm. Dave finished up just 20cm behind in third, also with 26 fish but for 720cm. There was a two way tie for the longest flatfish prize, with Adie and Paul Denholm sharing the cash, each with a 29cm dab. Adie also had a share in the longest round fish prize with Garry Hutson and John Spalton, with each of them recording a 37cm whiting. 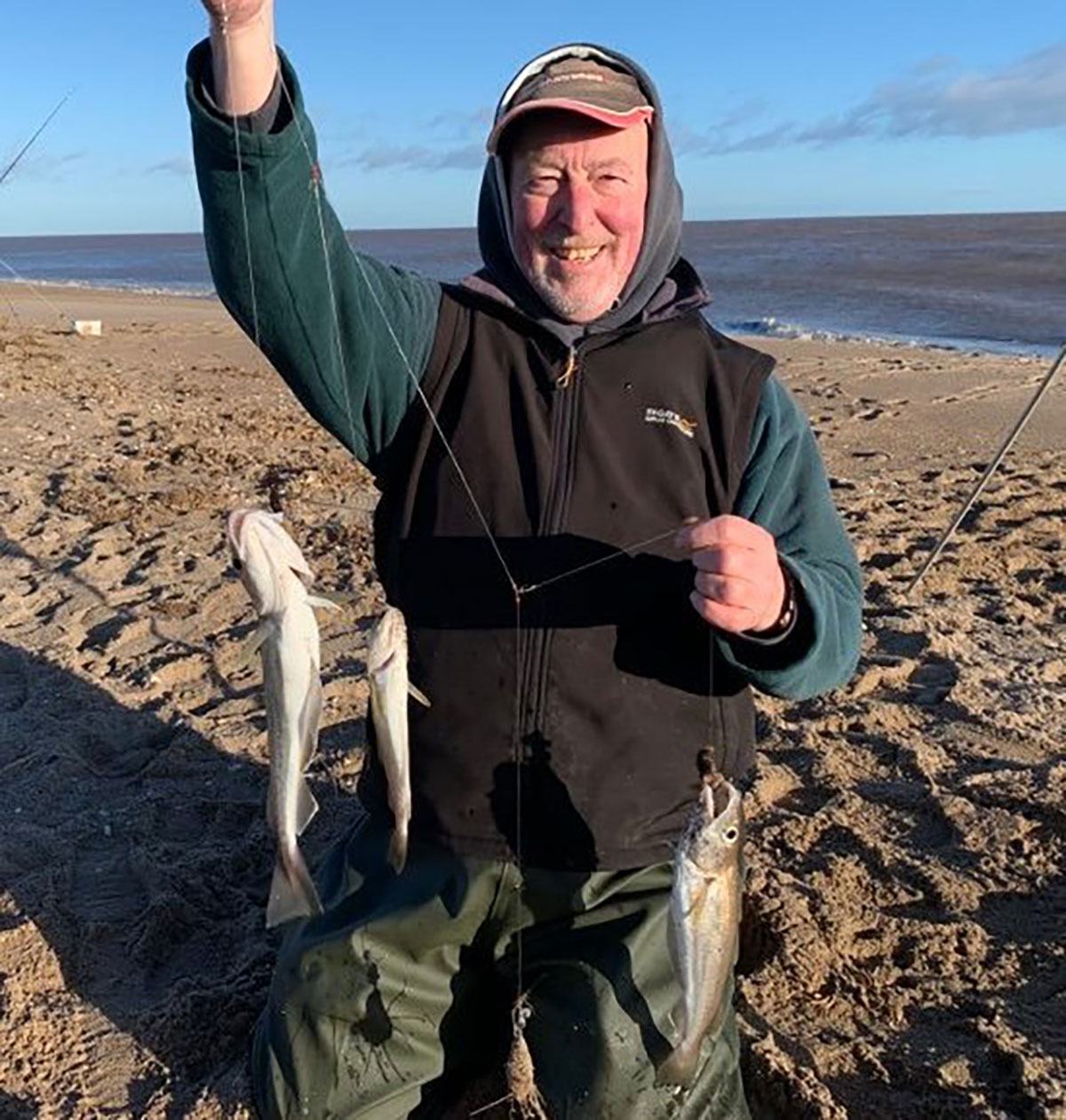 Second placed Garry Hutson with yet another whiting triple shot.

There was a lot of weed as the tide ebbed, making it difficult to hold bottom and causing tangles as lines were dragged round. But the fish continued to feed and everyone stuck it out till the end of the match. Full result as follows: 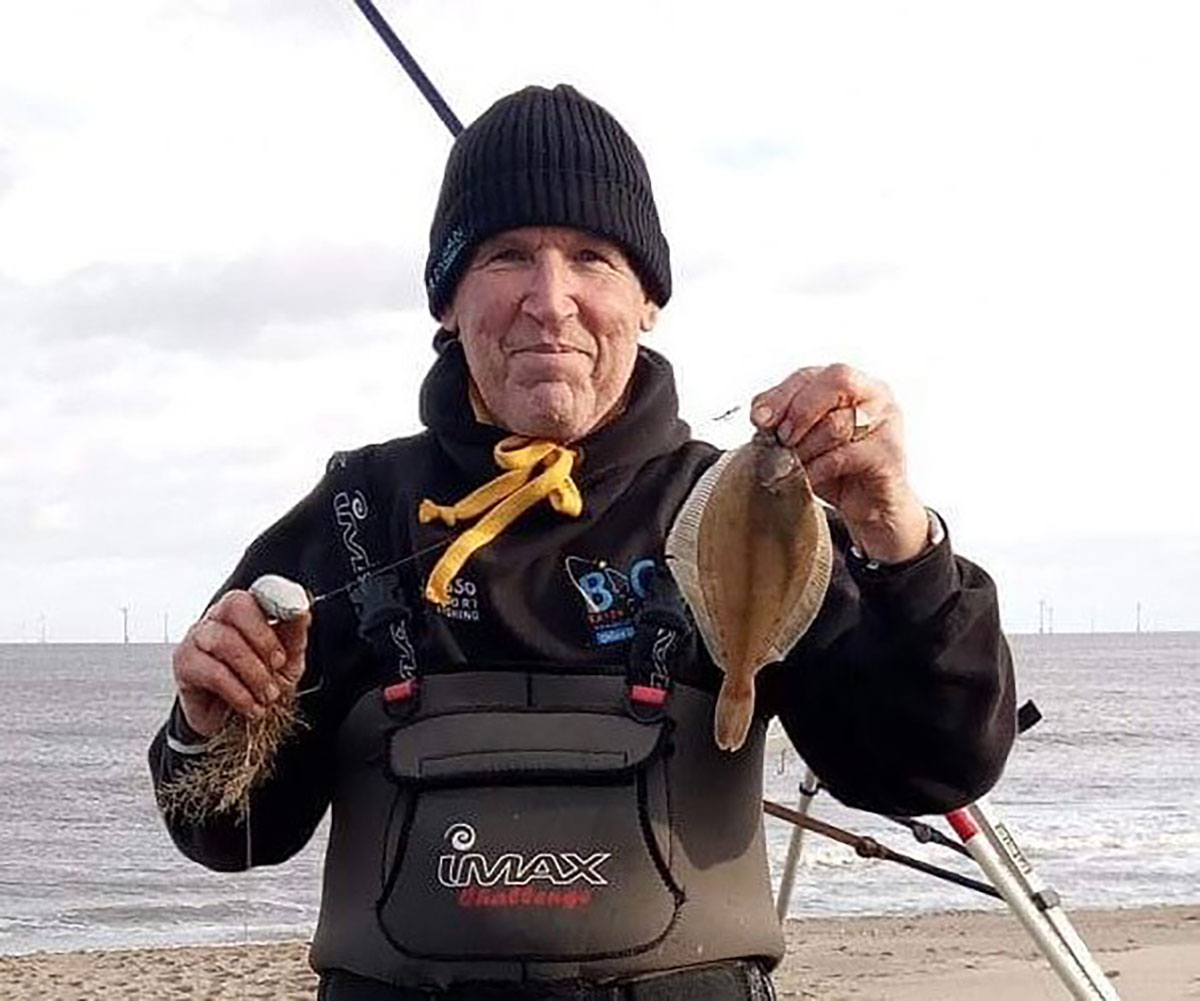 Coming out from behind the camera for a change, Chas with a dab and weed double shot!

A much better match this one and if the whiting shoals had been feeding strongly closer in, the result may have been a bit closer for some. In total there were 205 fish caught, consisting of 135 whiting and 70 dabs. The final Aggregate League standings for 2022 will follow early next week, and the first match of the 2023 season will also be publicised shortly. Just a quick head’s up for next year, that Big Catch Tackle have kindly agreed to sponsor the Aggregate League again to the tune of £250, with SPAC matching their sponsorship from Club funds. 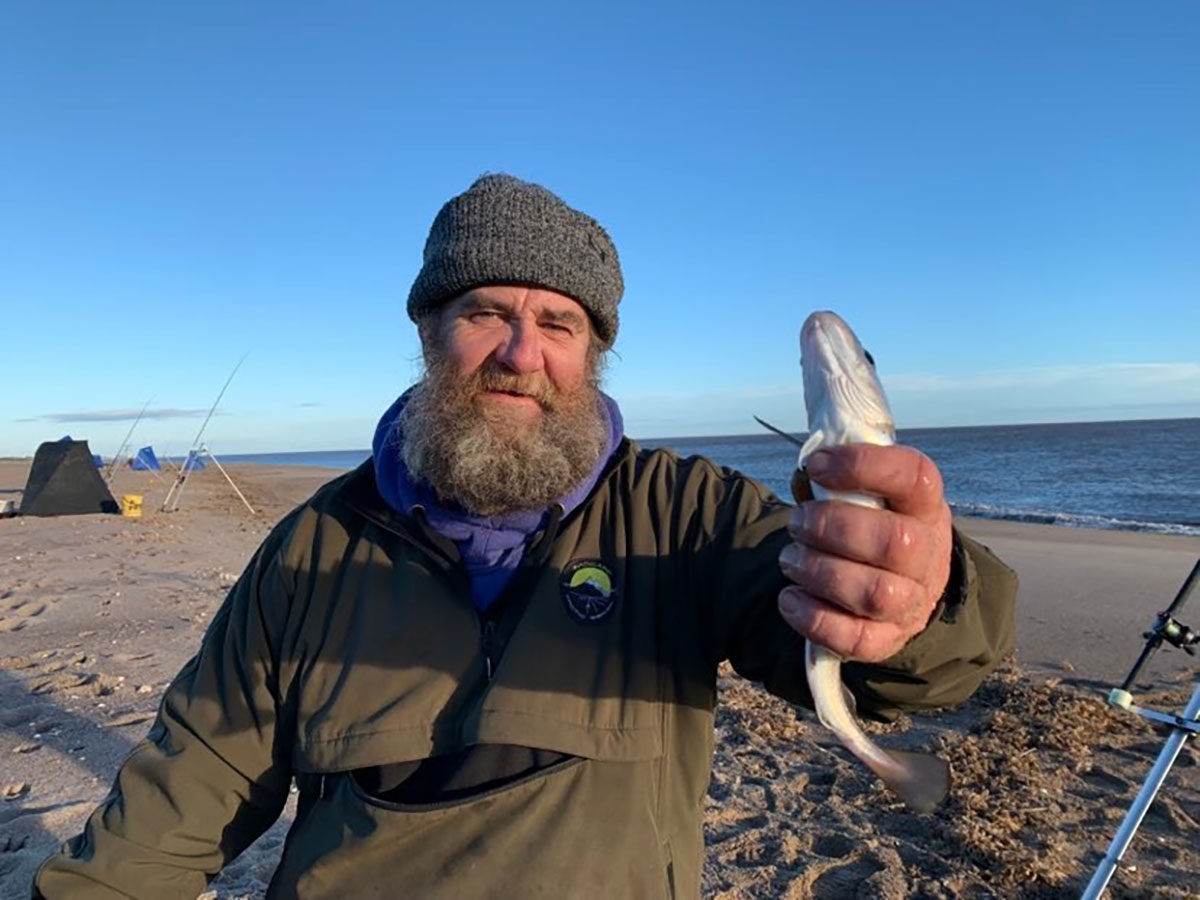 Paul Marshall putting on his bestest smiley face for the camera!

Thanks to everyone who has supported SPAC throughout the year and also a very big thank you to Lakeside Leisure for their support, hospitality, use of facilities, sponsored hoodies and for the free coffees after the matches. Finally, I would like to wish everyone out there every happiness and “tight lines” throughout 2023.