Well what a wet and windy week again! Fortunately, due to the weather there have been a number of codling showing up around Fleetwood area.

Only eleven anglers fished but given the weather over the last few days, and some saving their bait for an Open the next day it was understandable. The fishing was slow, a couple of small codling came out early on, then a some eels followed by a surprise sole for Ken Forrest.

Ultimately it all hinged on the last cast with three anglers all catching tope pups.

Blackworm was the top bait.

No Club match next week with it being Bank Holiday. Next match is on the 1st September at 5-Bar Gate.

Daniel Davies age 13 was taken for birthday treat on the Fleetwood fishing trips boat from Fleetwood. Daniel caught his first fish on the boat, a tope followed by and second fish was a thornback ray. He finished off a great birthday when a second tope fell to his squid bait. 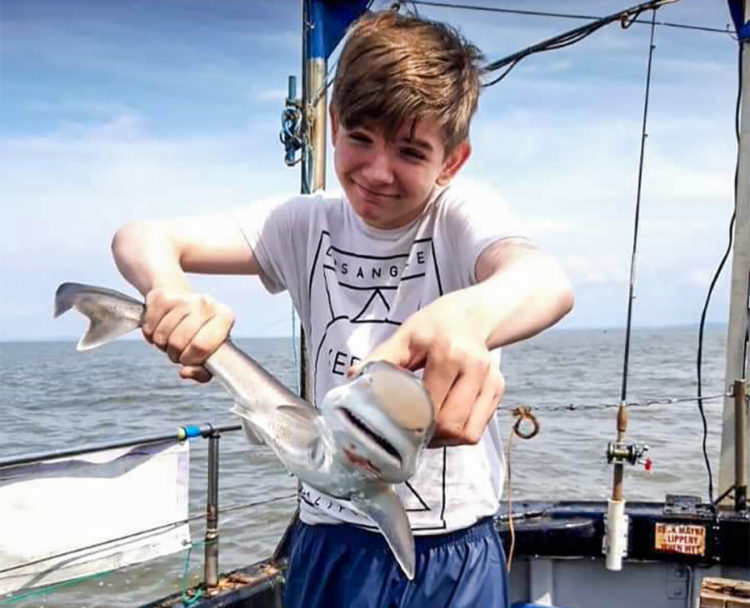 Daniel with one of his birthday tope

Leyland and District Sea Angling Club were out at the Bullnose for their latest match.

First place went to Paul Jordan with two flounders, one at 22cm and one at 26cm the larger of which also won him the biggest fish prize. Second placed Nigel Thompson had a single 22cm flounder. The remaining scoring places went jointly to five members: Brian Nixon, Mick Melling, Norman Pilkington, Sue and Alan Slater. The five all had a single eel scored at 20cm.

Alan Smith won the raffle and no one won the golden peg card. Special thanks go to Sue and Alan Slater and Martin and Dawn Darwin for cooking and serving the excellent beef burgers and sausage rolls prior to the match.

Thanks also to the 14 Members and their families for supporting the Club match on a very windy day. 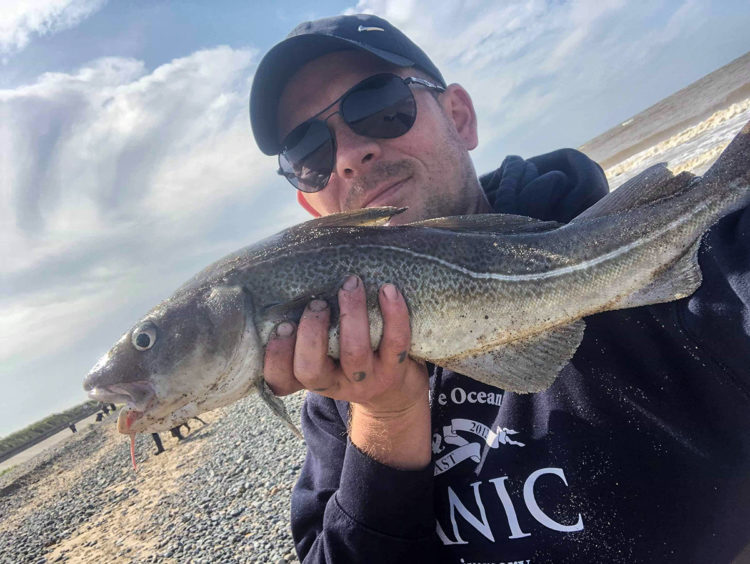 Chris English landed this nice cod at Fleetwood where it picked up his fresh black lugworm bait.

Blue Shark Fishing In A Small Boat Off Cornwall