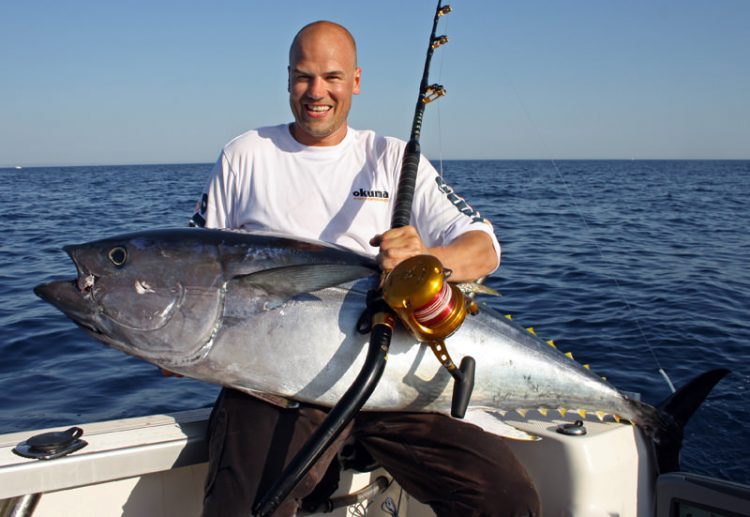 Rasmus Ovesen, Marketing coordinator for Svendsen Sport reports that tuna fishing has been red hot in Croatia lately, and that they have had a couple of their guys down there testing these fierce fish for strength and fight power.

Okuma consultants, Henrik S Lund and Christian Moeller, planned a 10 day trip down there determined to break the code on their own. It was their first tuna attempt, they had brought along their own boat, and they only had a few reports to go from. Nonetheless, they succeeded massively with nine tuna and a sword fish. The guys used Okuma Makaira reels, and they handled the frenetic tuna abuse with elegance.

Their Croatian Okuma consultant, Dalien Vignjevic, has also been out to sea, and from him we have the following report: 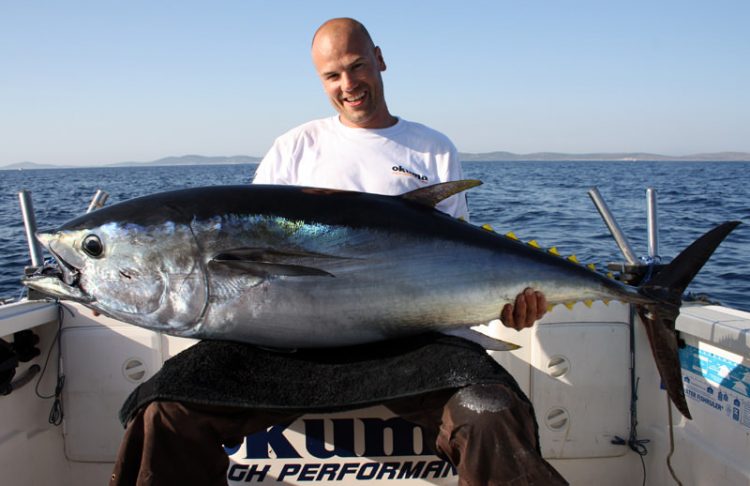 In a very tight schedule Okuma`s Magnus Gunnarsson found some time to team up with me and we went for a tuna trip here on the Croatian side of Adriatic sea. We were fishing with dead bait sardines and drifting methods. First part of the day passed without any action, but after a mid-day break, the tuna were on.

We caught a small 30kg tuna right away, and just half an hour later the big mama took our slow sinking sardine and gave Okuma Makaira 80 LB rod a hell of workout. Although there were moments of complete mayhem, everything went well at the end and the fish of approx 80-90 kg in the gallery below was landed.

After that we had an unforgettable experience of watching 100-150 kilo fish emerging from the deep and taking our pre-baiting sardines right next to the boat with incredible grace and speed. We managed to get one of them hooked, but not in the boat!

Unfortunately, we ran out sardines so had to leave active fish and possibility of another monster catch but the day was perfect anyway.

This hard core fishing with enormous and hard fighting fish, big game tackle and serious approach to every aspect of fishing made this trip one of the most memorable fishing experiences of our lives. Can’t wait to get back there!’