Leyland and District Angling Club fished their latest match at Morecambe last weekend. The weather behaved and the fish showed up in decent numbers. Various baits produced but tipping with fish strip was a must. Flounders made up the majority of the catches but some plaice were also landed.

Winner of the raffle Big Al

Ray Barrett fished at Clevelys over high water and picked up a cracking thornback ray on lugworm tipped with squid. 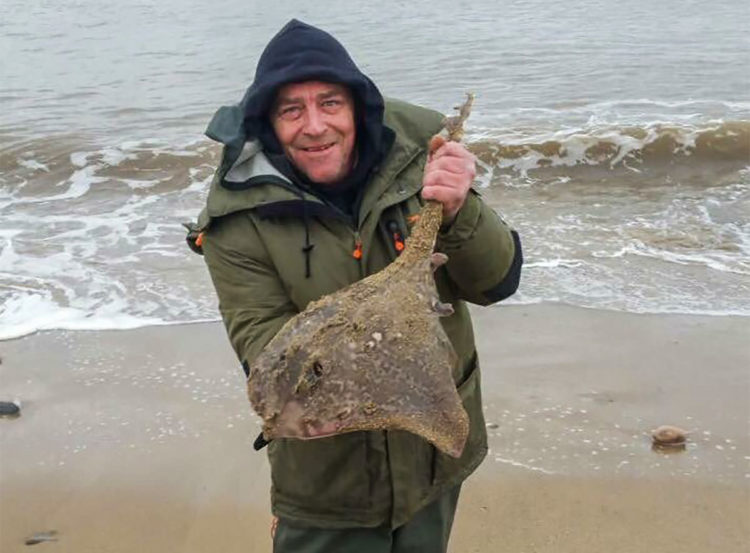 Ray Barrett with his thornback ray

Fleetwood and District Angling Club fished at Knott End last Sunday where the members found it a struggle to find the fish. In the combined flat and round fish match only five of the 17 fishing scored fish and Phil Lamb was the only angler to score in both categories.

This week’s match will be on the Gynn Wall.

Using ragworm baits Gary Granada was among the plaice last weekend when he fished from the North pier. 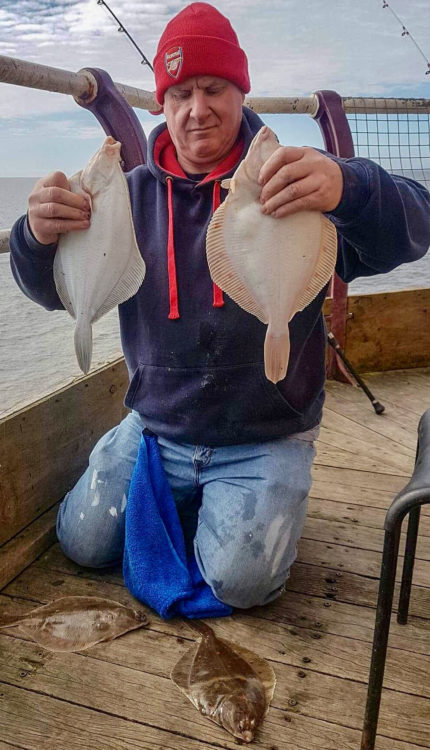 Gary Granada with his catch of plaice

Blackpool Boat Angling Club member Jonathon Hall headed out with Alister aboard Maserflatty in the company of Neil Whittle and Wayne on Sundayz. After launching at 8:45am, with the assistance of Ben Forshaw they steamed west for about 1 hour 20 mins.

The anglers were entertained by dolphins, large flocks of scoter and some gannets. Tackling up at the first mark with various shads and sandeels before establishing that white would be the colour of the day.

The lures attracted plenty of pollock to 4½lb. These fish are superb to catch, the first pluck of the lure before the rod bends over and the fish makes a mad dash for the bottom makes for exciting angling on light tackle. 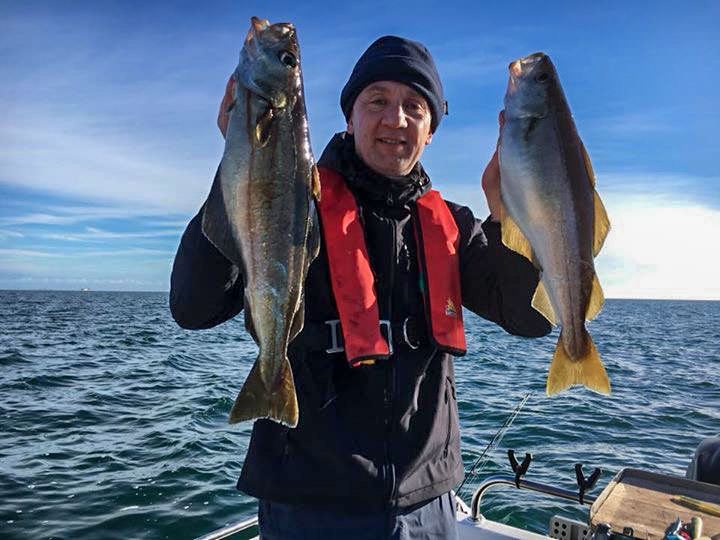 Jonathon Hall with a brace of pollack

A shift to a new mark, with the sun shining and calm seas, produced a further stream of pollack together with the odd small codling. They decided to call it a day on slack water and headed home and arrived safely around 6pm to be greeted again by Ben with the tractor and trailer. Thanks for all your help Ben what a star.