Anglers from all over the UK, including those to which the restrictions do not directly apply, have started signing up for the Bass petition established by well-known Anglesey sea angler Mike Flynn.

Mike submitted the petition at the turn of the year and as of today over 12,000 anglers have signed up to protest the fact that although anglers have draconian measures imposed on them limiting the numbers of fish which can be retained while much lesser restrictions are applied to the commercial sector. In particular commercial line fishing and fixed gill nets which are permitted 1,300kg per vessel in January, April, May and June, a period when anglers are not allowed to keep any bass caught. 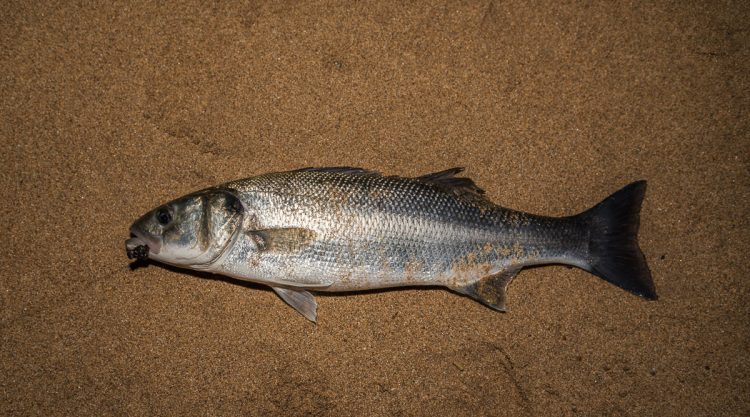 With the passing of the 10,000 signature barrier the Government must provide a response to the petition but it would be great to reach the 100,000 mark which would open the petition subject to debate in Parliament. The petition runs for six months until 22 June but the sooner you sign up here the better.

The text of the approved regulation, EU 2016/72, is available online.

The map shows the location of those who have signed the petition, that darker the colour the more signatures. This is a chance to make the anglers’ voices heard so sign up now. 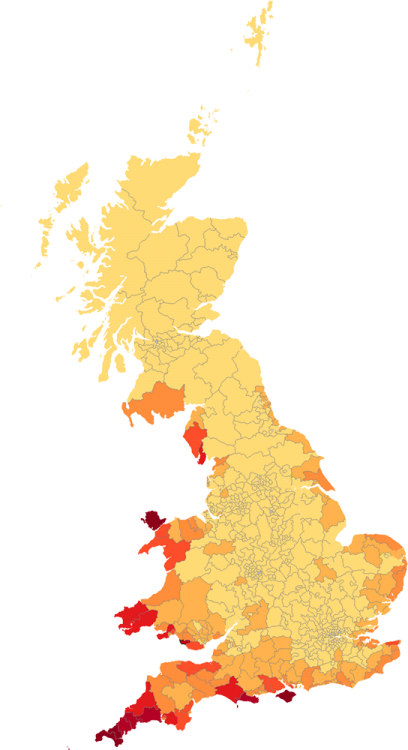 The Government has responded to the petition you signed – “The decision to water down the recent European decision on the bass stocks”.

The petition title misrepresents the EU process. UK Government successfully ensured anglers could fish for sport and the derogation for gillnets excluded driftnets that take most UK netting catches.

The UK Government has not sought to water down the EU decision to protect bass stocks agreed in the EU fisheries Council on 15 December 2015, as suggested in the petition title. The terms of the petition are either a misrepresentation or misunderstanding of the EU process and the UK Government’s approach.

It is actually the UK Government that has consistently pressed for EU action to address the decline of the stock, and we secured emergency action in 2015. We were not the authors of the recent proposal for 2016, however – this was a Commission proposal – nor indeed of the derogations offered in the compromise deal tabled at Council. However the agreement for 2016 is tougher on most sectors than that for 2015.

The UK Government did manage to achieve some key outcomes to adjust both the proposal and the related compromise deal. These help to protect the EU bass stock’s progress to sustainable fishing and the interests of both recreational and small scale commercial fishermen as EU bass fisheries move towards that goal, as follows.

We fought for and secured continuation of a recreational catch and release fishery for recreational sea anglers during the 6 month moratorium on bass catches, which was under threat in the Commission proposal wording. This means that anglers and charter vessels can continue sport-fishing activity throughout the year, subject to the ban proposed by the Commission on keeping bass during the first six months, coupled with a single fish daily bag limit per person in the second half of the year.

While accepting the principle of the proposed 6 month moratorium and a subsequent catch limit of 1 tonne per vessel per month for most commercial fisheries, we aimed to avoid disproportionate impacts on the lower impact, small-scale inshore hook and line and inshore fixed gillnet fisheries during the first 6 months. But as the UK Government position was for a more modest derogation than that offered on the day, we sought to reduce the impact of this on bass stocks.

Our negotiating position was based on different fisheries’ relative impacts and reflected several factors. Hook and line has the highest degree of selectivity for the right size of bass taken – though gillnets also perform well compared with other fishing methods. We also needed to consider the proportion of the bass catch taken by UK vessels using these methods: although the nets gear group has previously accounted for half of the annual UK bass total landings (46% average from 2011-2013), drift-netting is estimated to account for up to 90% of this, as the Commission are aware, and drift-netting was not agreed for inclusion in the derogation.

In the final compromise these two commercial fisheries (hook and line and fixed gillnets) were given identical derogations for all Member States fishing for bass (February-March moratorium and 1.3 tonne catch limit all year). The UK Government negotiating position in advance of the Council decision had been to press for lower – and differentiated – catch limits for derogations to apply for these two EU fisheries (excluding drift-netting) during the moratorium. But while the compromise offered higher monthly catch limits for netting, matching the limits for hook and line, these are not applicable to the majority of UK netting activity and are combined with the complete closure for two months.

It was necessary to agree EU-level measures for bass in this way because we share the fishery with other Member States who need to be fully signed up if we are to achieve stock recovery. We now at least have a firm timetable with Member States’ and Commission agreement, to achieve sustainable fishing of bass by 2018, and the EU’s interim management package will increasingly be complemented by regional measures, including in the context of multi-annual management plans driven by the Member States concerned, as well as national ones.