This year’s Severn division boat competition saw 24 anglers from as far away as North Wales taking part on 3 boats over 2 days sailing from Minehead, Somerset.

This competition is fished on a catch and release basis with points being awarded for each fish caught. The top scorers on each boat receive 100% and the other anglers scores expressed as a percentage of the winner’s.

With no size limits options were vast and some 20 species from mini-species such as rockling and blenneys through to heavy weight conger, tope and rays were boated over the two days. Notable fish were small eyed ray to 14lb8oz, bull huss of 12lb and tope to 20lb.

The weather conditions, although at times a bit bumpy, were generally excellent good and the anglers bsked in sunshine all weekend.
All the anglers enjoyed good sport and varied catches and the result was tight all the way to the end. At the end of the competition two anglers were tied with two boat wins for the magic 200% maximum score. Cliff Newbold ran out winner with 91 fish on count back pipping last year’s winner Colin Searles who landed 84 fish.

Cliff received £500 winnings from the Severn division with the prize table going down to 13th place. Cliff also won the Pairs with Andy Devin and shared the pools of £110 with Colin with 11 species each. Four man team was won by the Anglo/Welsh of Roddy Adamson, Arthur Beachy, Kevin Preston and Colin Searles. 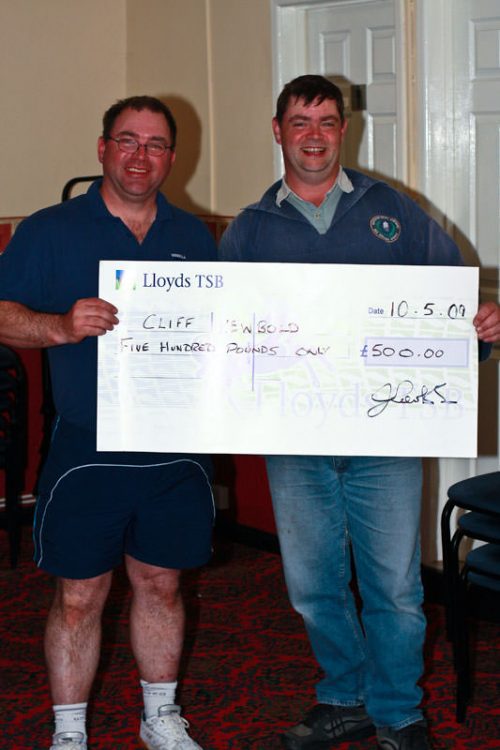 Next year the Severn division are looking to hold the Angling Trust National competition possibly in June, any enquiries should be to Ian McLean at ianmacfish@msn.com or Mike Patten at mickeyfish72@hotmail.com