Once again this week is all about the thornback rays; gone are the days when these fish were just a seasonal catch. We now see them being caught for virtually 12 months of the year, this species had seen the commercial catch quotas cut dramatically and over the past few years the rod and line angler has reaped the benefits.

The autumn cod season still seems to be a non-starter, although there have been one or two bigger fish caught.

Clacton Boat Club members Dave Hollands and Rocky Rochelle had some good catches at the weekend. Dave reported that the rays were feeding and they landed 11 fish to 12lbs all caught on squid baits. He also said that small whiting were a nuisance as they were taking bait intended for bigger fish, and once again no cod to report.

Terry Woodrow, skipper of the Walton charter boat Misty Lady, took a party of anglers to fish in the lee of the wind off of the Frinton coastline. Terry reported that they caught rays and dogfish, and one member of the party, Trevor Page, landed a cod of 12lbs, and again the fish were caught on a large squid bait. 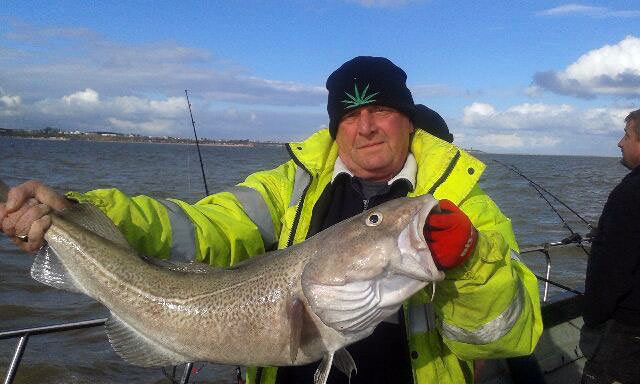 St Osyth beach is the venue to be at at the moment as the rays have moved back in amongst the rocky breakwaters and anglers are reporting good catches with squid again the top bait. Clacton Pier is also seeing an upsurge on the thornback rays, although they haven’t been caught every day, some tides have only seen dogfish and small whiting caught.

The Holland beaches have been quite slow this week although there has been the odd ray and bass caught and after dark those whiting are devouring any bait that is in the water. Beach anglers have told me that weed has been a problem, making it difficult to reel in, especially on the ebb tides.

If you have any fishing reports you can contact me at Popplewell1@btinternet.com

The clocks change this weekend to winter time so the high tides for Sunday will be almost the same time as Saturday.

The high tides for the weekend are Saturday 11.47am and Sunday 11.21am