The 2013 Fladen Fishing Smoothhound Challenge aboard My way could not avoid the appalling weather that we have been suffering over recent months. Due to be fished over the three days of the Bank Holiday, Monday 27th, Tues 28th and Weds 29th May, we only managed to put to sea on the Tuesday. The Tuesday evening trip was cut short when high winds and driving rain made an earlier appearance than forecast.

With smoothhounds starting to show, albeit a few weeks late, we still set sail early Tuesday 28th May with confidence high on My Way. Aboard we had good anglers, perfect crab and plenty of food, all the ingredients required for a perfect day hounding. We had only been fishing for 20minutes before David Craddock called “fish on” as a hard fighting hound hit his crab and stripped line off his reel. Ten minutes into this tussle, Manchester angler Mark Southall also lifted into a good hound. 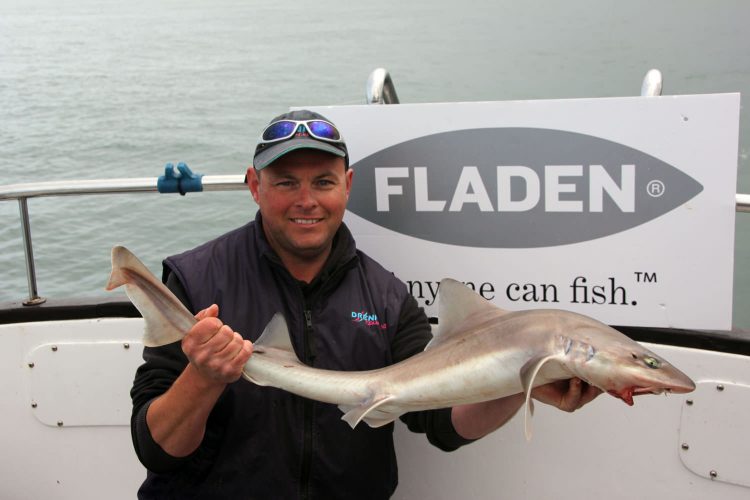 Smiles beamed all-round the boat as firstly David landed an 11lb fish followed shortly afterwards by Mark’s 10lb smoothie. With two fish boated within the first hour, hopes were extremely high for a cracking day smoothie fishing. It was around 30minutes later that once again, line started to strip off David’s reel. This hound came up to the surface a couple of times and before swimming off quickly in the 50ft of water around our mark in Holyhead Bay. David’s second hound topped the scales at 13lb 1oz, stretching his lead further. 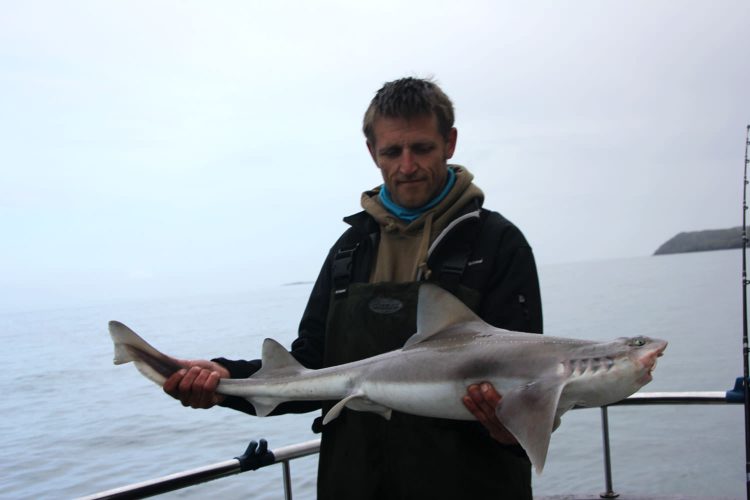 As we started to lose tide, the action fell away and I lifted the anchor to move to another area that would have a reasonably good flow of water for the next hour. It was here that Martyn decided to have a bit of fun and he set up a 7-gram fly rod for his next drop.

Lady luck was certainly watching over him as a smoothie grabbed his crab shortly after the anchor settled. The powerful fish stripped line from the small fixed spool and the lightweight fly rod arched over with every shake of the smoothhound’s head. Martyn could only hold on and retrieve a few metres of line when possible. The light rod cushioned each quick dive from the hound but also made life hard for Martyn as he worked the rod and reel and tamed the smoothie. Weighing in at 9lb3oz the hound was a great piece angling for Martyn.

With the tide now slackening here, we moved back inshore. Fishing though was slow, and we only managed another three smoothies, all around the 5lb mark. It was never the less a great day afloat and enjoyed by all the crew and prizewinner David in particular. 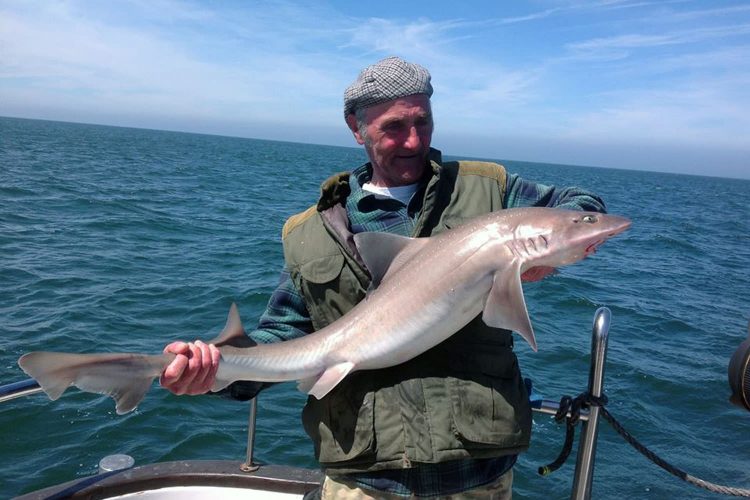 Still having two of donated Fladen rod and reel combos up for grabs I decided to continue the competition into June. We had terrific sport with the smoothies, the vast majority of which were in the mid-teens and six of them broke the magical 20lb barrier.

After the dust had settled, the two prizes went to Tom Reay for his fish of 24lb 5oz and Neil Harrison with one of 23lb. Other notable fish included Graham Ellis at 22lb 10oz, Peter Hutchins at 22lb 5oz, and Peter Tojo with one of 20lb. I also managed to get into the act with a new personal best fish of 24lb 10oz. 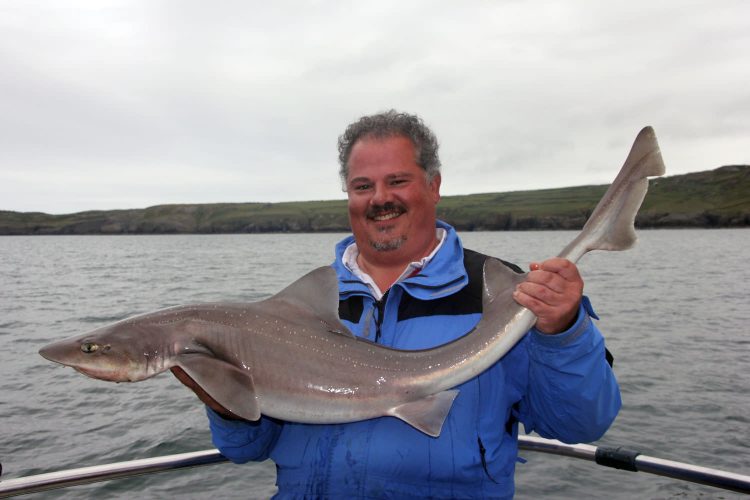 Many thanks to Fladen for their support once again this year, much appreciated by all concerned.