Prominent Stornoway Sea Angling Club Member, Ally Campbell, offers an insight into one of the busiest and most prosperous clubs in the country, and reports on two fantastic recent charter boat events on the Isle of Lewis.

Stornoway SAC was formed in 1963 by a group of local anglers. From humble beginnings it has developed a thriving Junior and senior membership, and the facilities are among the best in the United Kingdom. The two-storey clubhouse with two separate bars, kitchens, dance floors and meeting rooms is situated in the heart of Stornoway. The club has strong interests in both shore and boat angling, and owns two excellent angling boats: ‘SYSAC II’, a 34ft charter boat based on a halmatic hull and built in Macduff, and the ‘Heron’, an Arran 16. Club anglers fish year-round, and SYSAC II is fully reserved for the junior section once a month to satisfy demand. 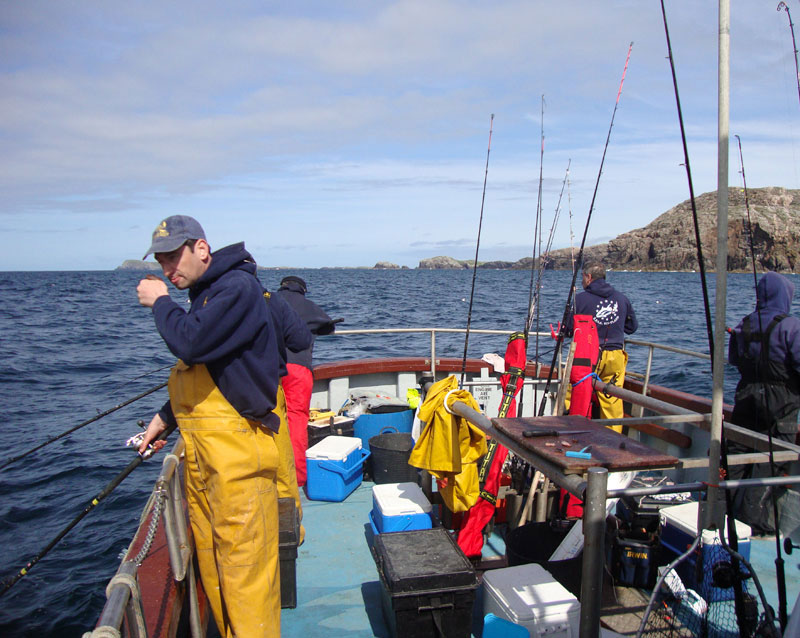 Cast Off from Carloway

The modern competition venue for Stornoway anglers is Carloway on the west coast of the Isle of Lewis, with the fishing grounds around West Loch Roag, Dalmore and Barvas relatively close at hand. The fishing in this area is very mixed, with depths ranging from 10 to 40 fathoms (60 – 260 feet or roughly 18 – 75 metres) over all types of seabed.

The vast majority of boat angling is carried out on the drift and there is an excellent range of species to target in these clear waters. Cod, pollack, generally large spurdog, haddock and some good coalies and wrasse are staples, while ling, thornback, blonde and spotted rays, turbot, plaice, megrim, dab, gurnard, whiting feature on most outings. Anchoring can also produce larger fish such as common skate, conger and tope. It is in fact very hard to think of many other venues in Scotland where such a diversity of species are available close to port. 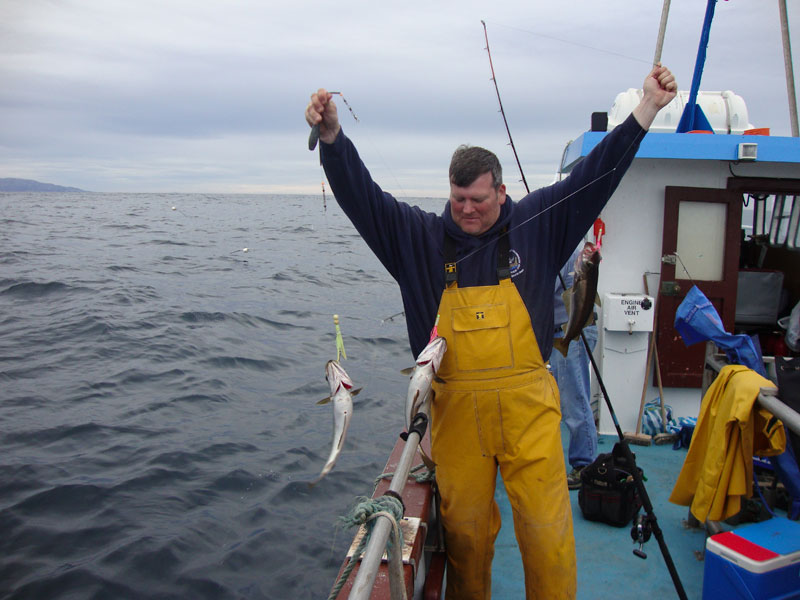 Standard drift fishing tactics in the area are to use 1/0 – 3/0 hooks and modest sized baits – mainly mussel and mackerel – to exploit the wide mixture of species available. Simple baited feathers and paternoster rigs work very well but it can be difficult to avoid the normally abundant summer mackerel. A ‘one up, two down’ rig is favoured by many of the local and visiting competition anglers, but a pirk with a couple of rubber worms above can also be very effective for particularly cod and pollack when the fishing is hectic. 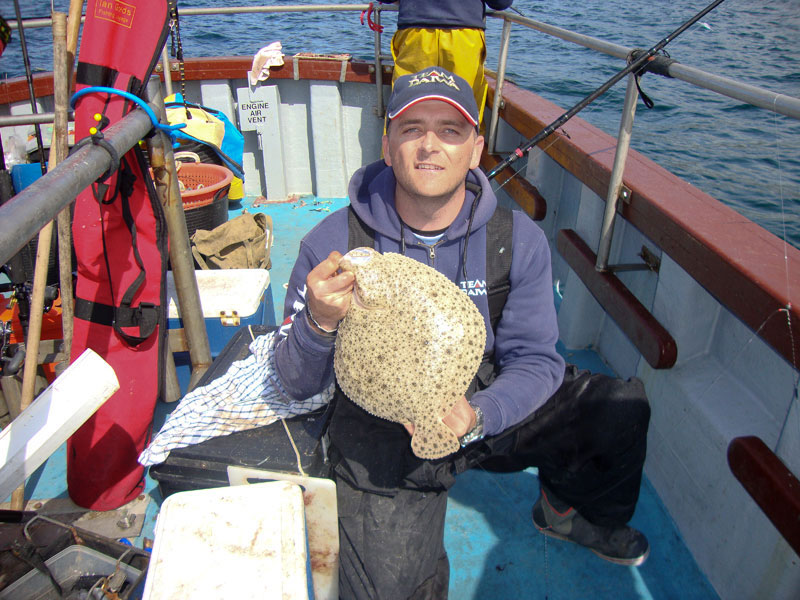 The Highlands & Islands Open is a one-day charter boat match now organised and hosted by Stornoway Sea Angling Club. The venues, rules and fishing disciplines for this event have changed regularly over the years, and this year would see a further new format introduced. It would take the form of a specialist species competition, with only flatfish and rays counting on the scorecards.

With very specific target species for the three boats – SYSAC II, Nimrod and Rebecca Ann – to aim for, there was much debate at registration as to where the best marks would be on match day. Two options were likely: the first was to fish some marks in West Loch Roag for a mainstay of thornback rays over mud/sand, or alternatively the sandy Cliff Bay area where a more diverse range of flatfish such as turbot, plaice and dab could possibly figure in better numbers. On match morning the fishing skippers discussed the options. After much debate the Rebecca Ann and SYSAC II headed for Cliff Bay, while the Nimrod moved in the direction of West Loch Roag.

The fishing aboard the two boats working in Cliff Bay was slow but steady, with species including turbot, megrim, plaice, spotted and thornback ray figuring. The scoring system awarded better points to less common species, such as megrim and turbot, and it was vital for the Cliff Bay competitors to land one or other of these tricky species to be in the running for the championship.

On the SYSAC II, a closely fought contest between the very experienced former Scottish international Graham Forbes and current European Champion Scott Gibson, ended with the elder statesman sealing the boat win. Graham fished steadily all day, and notably, also caught the only megrim of the championship. Aboard the Rebecca Ann, local angler Gordon Mackenzie got among the species and scraped the boat win. 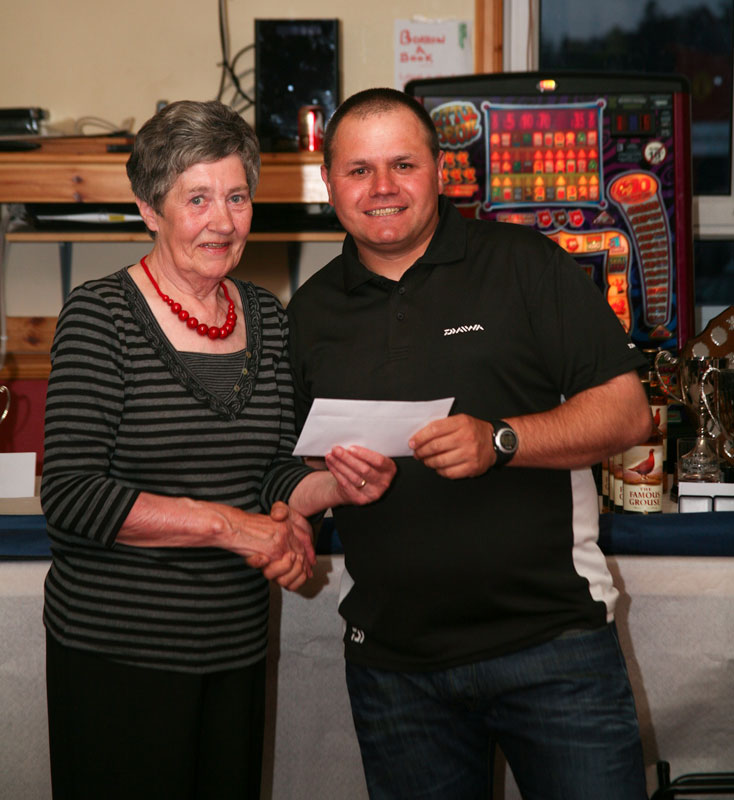 With no word over the radio from West Loch Roag, anglers on the other boats could only speculate at how the Nimrod might have fared. As it transpired, anglers aboard Nimrod enjoyed excellent ray fishing, with a smattering of various flatfish providing variety.

Scotland International Steve Souter recorded a mix of 20 thornback and spotted rays, with a further 10 assorted plaice and dabs to take the Nimrod convincingly.It was reported that the industrious Daiwa man caught many more rays that just fell short of the minimum size.

Hindsight is wonderful of course, and as word of Stevie’s excellent catch reached the pier the pros and cons of various different marks were fiercely debated. Hearty congratulations and a considerable lump of cash went to the 2011 Highlands and Islands Open winner Stevie Souter. Stalwart Graham Forbes finished runner-up, with Gordon Mackenzie 3rd.

The two-day Western Isles Open operates to a long-standing species and length orientated system. Various points are allotted for each separate species, the actual number of species caught, the number of scoring fish caught, fish length and type of species… it is certainly complex but it’s also traditional.

Anglers in this competition usually have to hit species double figures and somewhere between 30 to 40 fish to frame each day. Fishing for the duration of the two days of the Western Isles Open was limited to marks within 45 minutes steaming of Carloway, so as not to give the Rebecca Ann (by far the fastest boat) an unfair advantage over the slower boats. However this particular area can be one of the most productive with a wide variety of species to attack.

Day One saw all the boats fishing around 30 fathoms over mixed and soft ground. A decent drift is usually assured on the west coast of Lewis, with strong tides and an almost ever-present degree of wind to push boats along. As fate would have it, this year’s competition was blessed or perhaps blighted depending on your standpoint with not a breath of wind and extremely dull tides. The result was an extremely slow drift for all boats. Despite this the fishing was still good with excellent numbers of cod and haddock and a wide array of species filling score cards. 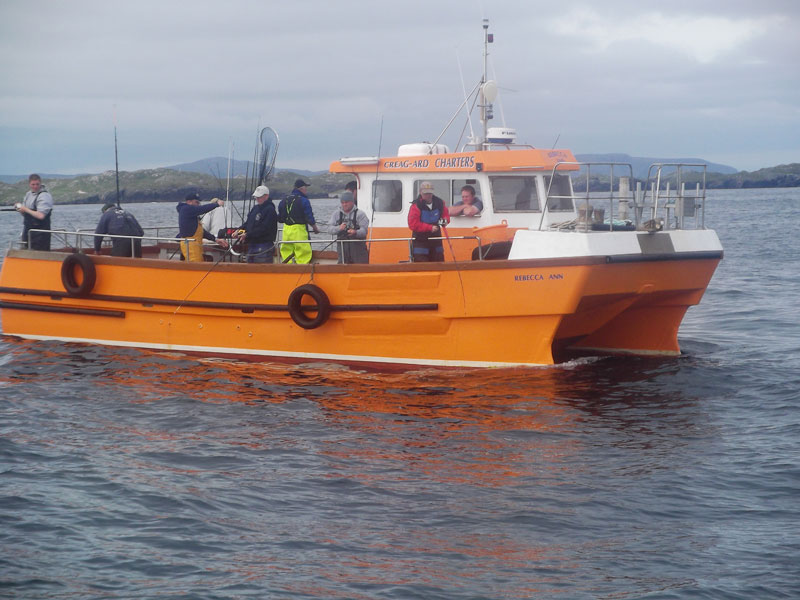 The leader after day one was local angler CJ Buchanan with an excellent 237 points aboard the SYSAC II. CJ’s first day total included an excellent 12.5lb blonde ray (a new Stornoway SAC record) and an impressive fourteen different species. As you might expect, local anglers figured prominently at the end of the first day’s play with Gillies Mackenzie carding 209 points in winning Rebecca Ann and Donald Morrison 192 points to claim the Nimrod.

Much the same pattern followed on day two when boats returned to the same marks. The amount of ‘drift’ was again negligible but catches were again surprisingly good. A good showing of megrim the day before was matched by similar number on the second day. Red gurnards proved to be something of a volume species but it was vital to bolster numbers of fish with a good variety of species.

Rebecca Ann was the one boat to break away from the mixed ground fishing and try the shallower hard ground marks along the cliffs between Carloway and Dal Mhor for the last hour of the competition. The move produced decent pollack and coalfish but the density of the coalies in particular meant anglers could not get past them to effectively winkle out the bonus, wrasse, ling and cod that also populate the reef ground in decent numbers. 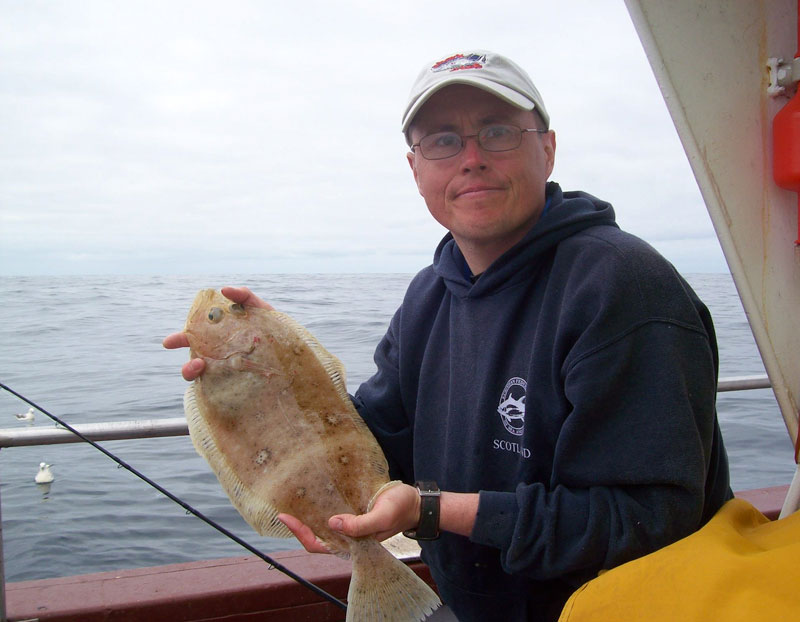 The situation was extremely tight on Rebecca Ann but steady Inverness angler Gus Mackenzie took the boat by a single point. On SYSAC, local John Nicolson edged out day one boat winner, Donald Morrison. The outcome of the event looked to hinge on the fortunes of Gillies Mackenzie and CJ Buchanan who went head-to-head. Put simply, if either of them took the top score on Nimrod then they were guaranteed to win the competition overall.

As it was, Gillies came good again, winning the boat in style with 241 points and the highest score of the weekend. On shore, Gillies Mackenzie was confirmed a deserving 2011 Western Isles Open Champion. Second place went to local rod John Nicolson, with Gus Mackenzie from Inverness third. 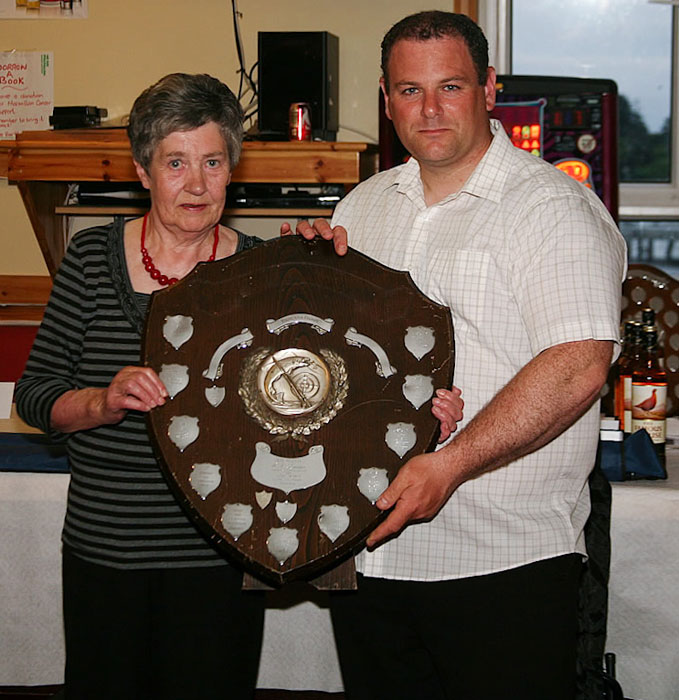 The junior championship was also fiercely contested, with local angler Josh Campbell lifting the trophy this year and Craig Morrison the runner-up. An 8lb 15oz ling secured the heaviest fish section for Ray McKay. A total of 21 species were caught over the two days, which is excellent by any standard, but there would certainly have been more had fishing conditions been more in the anglers’ favour.

On arrival back at Stornoway the anglers were again treated to a superb buffet… and thanks must go club manager Andy Dowie for two tremendous spreads. As is the tradition here, the Stornoway club held the prize giving and ensuing celebrations in the clubhouse that evening.The prize giving saw a collection of trophies, tackle and cash awarded by Club Commodore, Aga Urquart.

Stornoway Sea Angling Club would like to thank all the anglers who attended, and especially those you travelled from all across the country to be there. We you enjoyed hoped a great couple of events, and we hope to see you and some new faces when both championships again take place here in 2012.

A provisional date of 19th to 21st July has been set for next year and entry forms will be available in due course.