The members of Skegness Pier Angling Club (SPAC) decided to forsake their favourite shore marks and head of for a north Wales adventure. Club stalwart and Planet Sea Fishing regular correspondent Chas Tibble reports on a great weekend away.

The previous Club away trip to Holyhead was certainly a success, to the extent that members had recently been asking me when I was going to organise another one. Previous SPAC member Paul Coulthurst (Coalie) had helped me out last time, and he agreed to assist again, so boats were booked, bait ordered, and B&B arranged. During the week before travelling there was one dropout, so a hurried phone call was made to ex-RAF sea angling teammate and Welsh Boat International Phil Clarke, who was eager to come along despite the short notice.

The plan was to fish from Holyhead based charter boats My Way and Spindrift for eight hours on Saturday 1st Sep, followed by a night out on the town, then fish from Holyhead Breakwater on the Sunday. 15 of us, including four ladies and two guests, converged on the NW tip of Anglesey, full of anticipation of a fish and fun filled weekend. 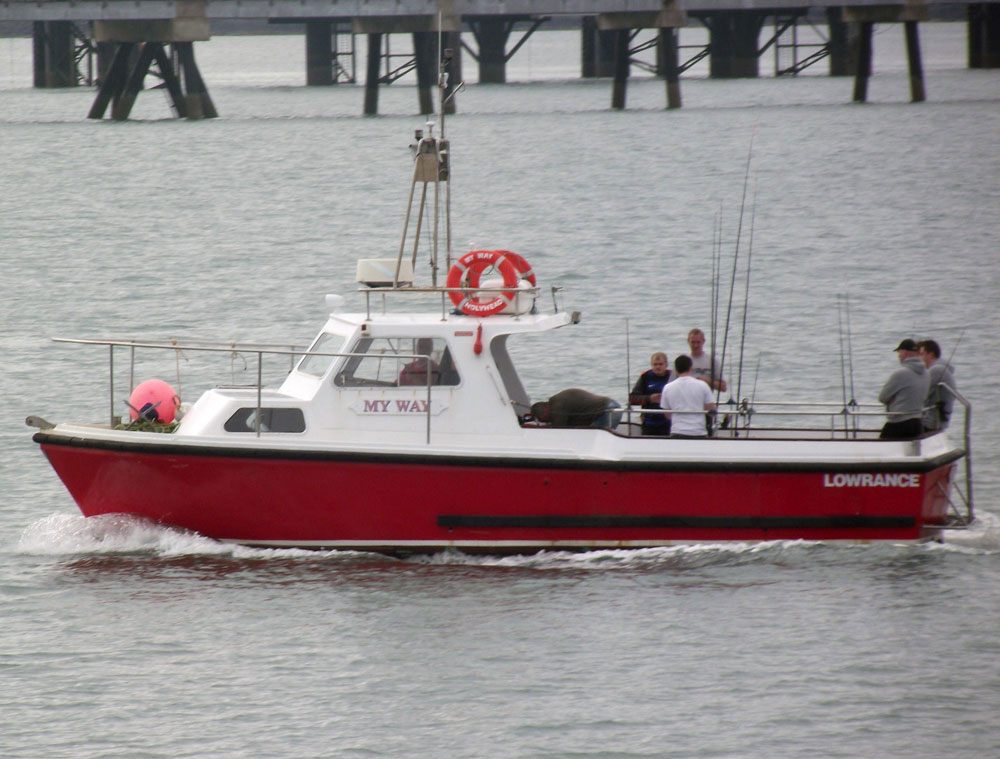 We assembled at Holyhead Marina for a 10am sailing, but, unfortunately, Rosie Jackson was not feeling well and had stayed in the B&B. So the remaining 14 of us carted a myriad of tackle along the pontoon to the boarding point. Coalie, Dale Evans, Bob Foster, Jim Robinson and Dave Shorthouse climbed aboard Spindrift while Helen Bradley, Dave Bradley, Michaela Cridland, Paul Cridland, Neil Jackson, Russ Taylor, Jacquie Williams, Phil Clarke and myself carried on to My Way. Dave Bradley and daughter Helen told us that they had already been at Holyhead for a couple of days and had fished in darkness from a small jetty in the harbour. They had caught strap congers up to 9lb, so the species count for the weekend had started early, with much more to come. 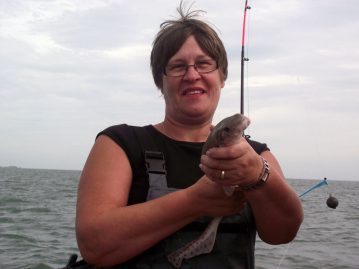 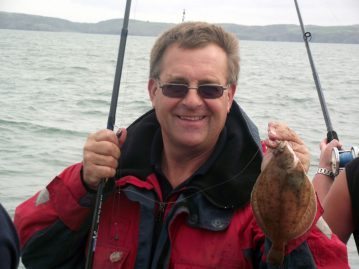 Gethyn had the kettle on, and all of us enjoyed coffee, tea and biscuits as we left the mooring and motored out of the harbour to the open sea – a highly civilised start that was to determine the standard for the day. Phil and I took up cabin boy positions on each side of the boat, so we could keep an eye on the novices, while the remainder of the crew spread themselves out around the boat. Gethyn supplied the bait, consisting of superior quality frozen mackerel, sandeel, calamari and ragworm. As Phil started cutting the bait up, I rigged rods and explained the fundamentals of boat angling. We would be fishing at anchor, relatively close to shore due to the strong tide run and forecast brisk winds, and as such flowing traces with comparatively small but strong hooks were the order of the day.

Soon after anchoring, baited traces were dispatched to the seabed and trotted down-tide with 1lb leads. It wasn’t long before the fish started to show interest, with double shots of the ever-obliging lesser-spotted dogfish putting healthy bends in the light rods. The poor old LSD is a much maligned fish but is a personal favourite of mine and ideal for novices. 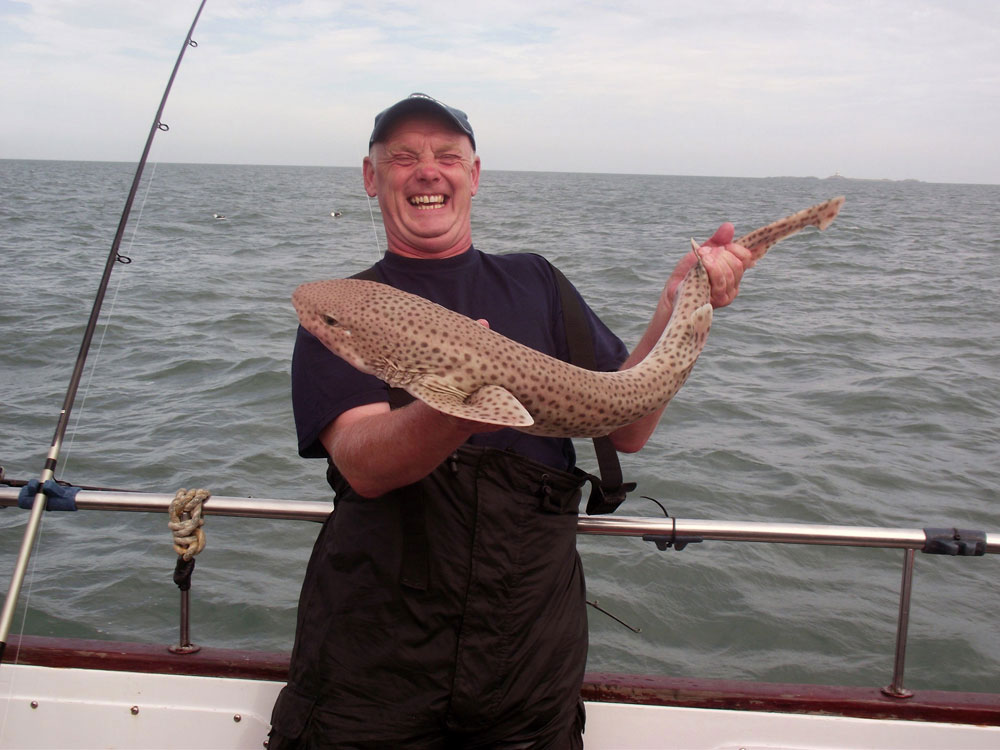 In between the dogs, the crew had some nice dabs, along with the odd whiting, miniature bull huss and a red gurnard, then Michaela charmed out a small codling. I spent the majority of my time sorting tangles, providing new rigs, cutting up bait and generally making sure that everyone was enjoying themselves. Phil was uptiding with a long Italian telescopic quiver-tip rod and a wire boom rig with size 2 Kamasan carp hooks. The rod looked way too delicate for the job in hand, but looks were deceptive and Phil quickly subdued a decent bull huss on the light but powerful rod. More bull huss followed, with Michaela, dad Paul and Neil all catching large specimens. Now that the three female anglers had gotten the hang of it, they were proving more than a match for their male counterparts, with Helen the star of the show, catching fish hand over fist from the stern of My Way. Coalie phoned to let me know that they were enjoying similar sport on Spindrift, although it was more difficult fishing in the rough sea with 12 on board. 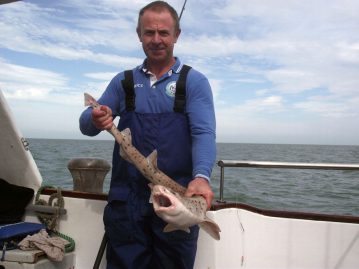 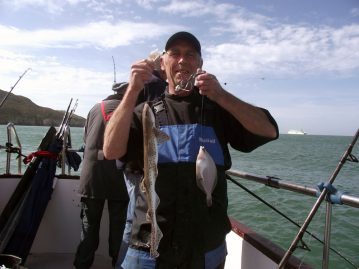 Gethyn was providing exceptional support, giving advice, cutting bait, netting the larger fish, helping out with the inevitable tangles and more importantly, keeping everyone supplied with liquid refreshment. Unfortunately, the wind was freshening, and with one or two anglers on board were starting to feel a bit queasy, Gethyn moved marks a couple of times to put us into calmer waters. As there were still plenty of fish coming aboard I took the opportunity to have a couple of casts uptide myself, resulting in dogs and dabs. Lunchtime came, and Gethyn appeared with a large tray of sausages, a pan of baked beans, a loaf of bread, a tray of bread rolls and a bottle of tomato sauce – what a star the man is. 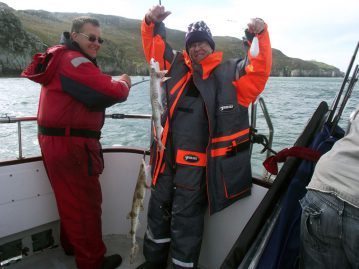 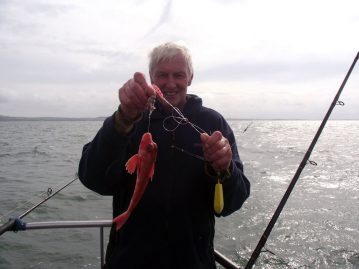 Everyone tucked in, then after lunch it was time to move close inshore to drift fish for wrasse. On Gethyn’s recommendation, we had saved the majority of the ragworm for this latter part of the day and, in the week before the trip, I had tied up loads of ultra short three hook flappers, with size 6 Kamasan long shank trout fly hooks (courtesy of Stevie Souter from this site). Presently, Gethyn was setting us up for the initial drift and no sooner had the rigs hit the seabed than the first of the wrasse were attacking the worm baits. Once again, the ladies were more than holding their own and a succession of fish of all sizes came aboard – mainly ballans, with the occasional cuckoo, corkwing and goldsinny popping up. Michaela surprised us all by catching her second codling of the day, which she then proceeded to kiss, but, unfortunately for her, the fish stubbornly refused to morph into a handsome prince. Then it was Neil’s turn, as the “something” that pulled back hard turned out to be a decent pollack, which was another first for Neil, to add to the wrasse and bull huss that he had never caught before. I was doing little fishing myself, as I was kept extremely busy replacing everyone’s rigs, as they were lost to the seabed. Eventually, I found it easiest simply to rig another rod ready for action, and then just hand it over like in a mad game of musical rods. 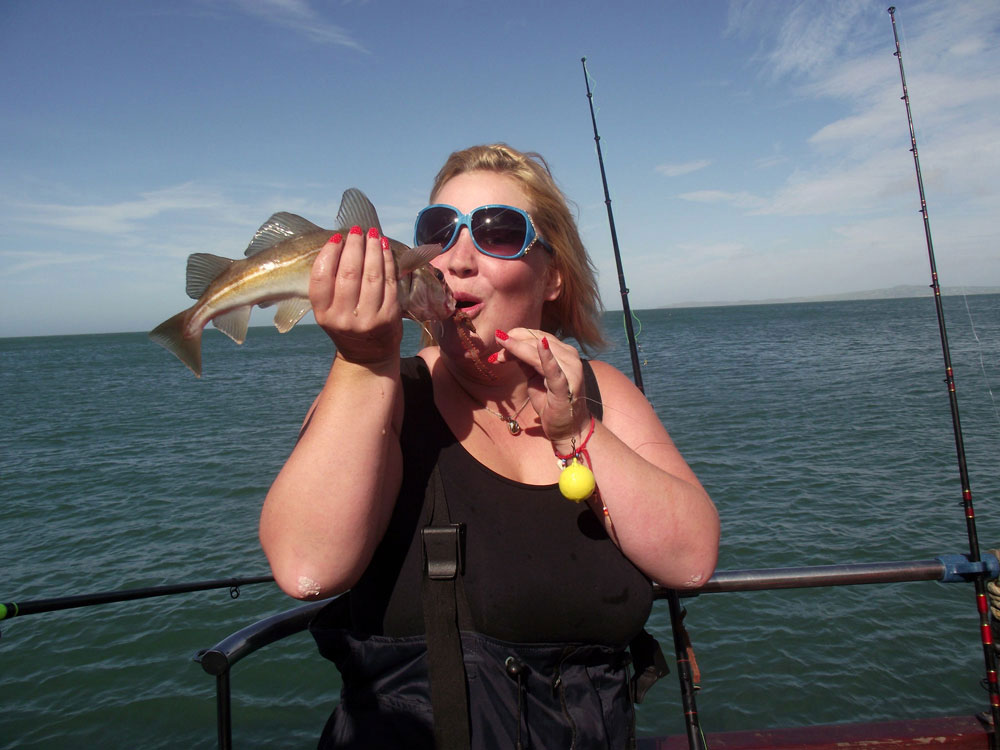 All too soon it was time to go back in, as Gethyn called time on what had been a most enjoyable day, despite the rough conditions.

So it was back to the marina, unload all the gear, and then it was my job to collect the money to pay the
main man. Gethyn was also supplying the bait for the breakwater and agreed to deliver to our B&B at 7:30 the next morning, and we were off to the Dublin Ferry Guest House. At the accommodation, we met our hosts, June and Neil, who showed us to our well-appointed rooms. Neil allowed us to lock the majority of our fishing gear away in his secure outhouse, rather than leaving it on view in the cars. 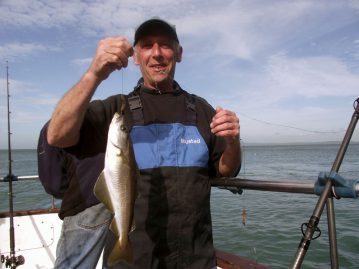 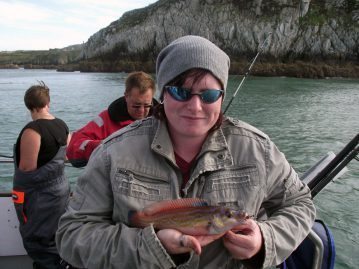 After a shower, it was out on the town to sample the Holyhead nightlife. Following a couple of false starts, we all ended up in a Chinese Restaurant, where one or two alcoholic beverages and many fishy tales accompanied a decent meal. Then it was off to bed for some of the crew, while the hard core moved on to one of the packed pubs, where the beer was insipid and extremely loud music and even louder local girls assailed my delicate hearing. It reminded me of the raucous, RAF discos that I used to frequent in my formative years and brought me to the inevitable conclusion that a quiet rural pub, with strong, real ales is more to my taste these days.

Join us next week when we hear how day two on the Breakwater went.