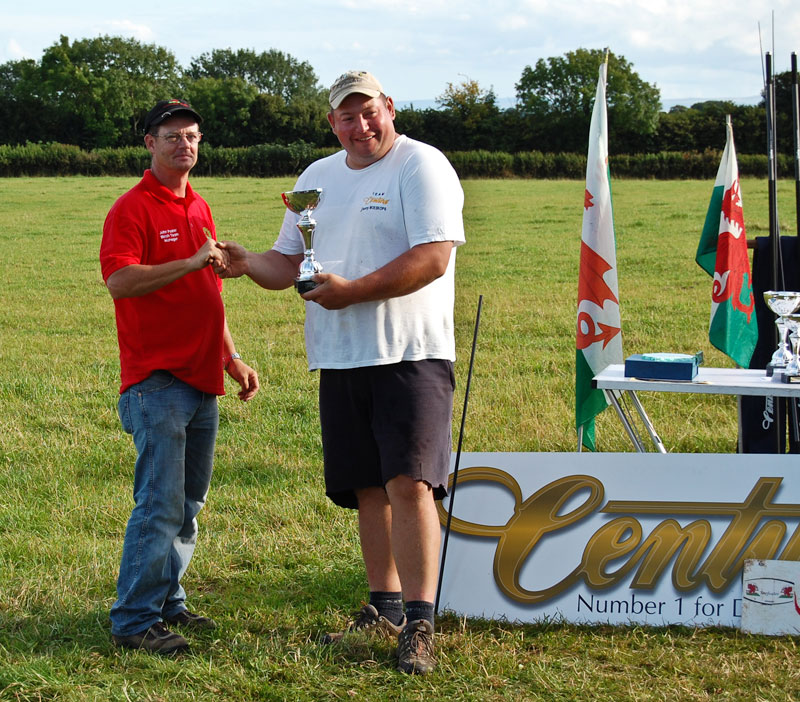 August was a busy month in the casting calendar with not just one but two prestigious International events being hosted over successive weekends. Many of the top casters from around the world had assembled in the run up to the events with representation from the United States, Australia, Argentina, Netherlands, Belgium, Germany, Italy, France and Greece in attendance as well as those from all four UK Home Nations.

First up was the 3rd bi-annual ‘Surfcast Wales International‘, held over the weekend of August 8/9. Brilliant sunshine split the skies over Cowbridge, South Glamorgan and the steady following wind was looked promising. Surfcast Wales had provided a clubhouse, toilets and snack bar in what was an excellently organised event. More remarkable was the spectacular prize table, with main sponsor Century GB providing an staggering 15 top-of-the-range rods, as well as excellent contributions from Keens Tackle & Guns, Pure Fishing, Sakuma, Chris Macey Conversions, QTC, Anyfish Anywhere and Torbay Angling. A total of 41 casters would receive quality prizes.

The event format was to be 150gm on the Saturday and 125gm on the Sunday, with each caster’s best two casts on each day counting to the overall aggregate. This would reward consistency rather than a ‘lucky chuck’. In addition to the Individuals there was also a team of 5 event for those countries with full teams in attendance. 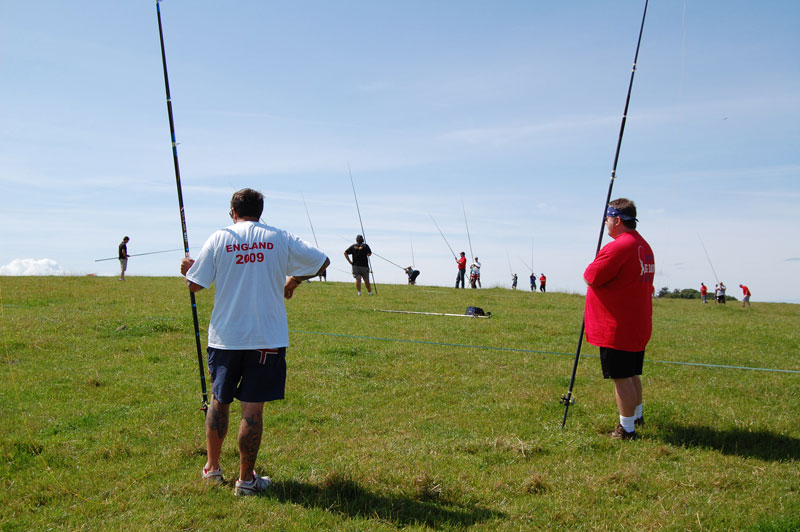 Day 1: From the outset Belgium’s Danny Moeskops led the way showing us all what makes him the world number one, hitting his leads 20 metres plus out the back of the 240 metre court. Just to add insult to injury, he was playing with his new Daiwa 7HT Magnofuge and not even utilising his normal reels!

For the rest of the mere mortals things were a lot closer, with places changing hands almost every round in the variable winds. However England ‘A’ Team member Andy Coping continued his excellent recent form to secure second place on the day followed closely by fellow team partner Steve Boyt. In the team event England ‘A’ were in a clear lead with a solid overall performance over Wales ‘A’.

Day 2: The 125 gm event got underway with conditions still looking good. Predictably, Danny did what Danny does and everyone else settled down to business of the race for second place. Andy was struggling on the 125gm lead, allowing Welsh number one Christian Brayley and Steve Boyt to take advantage and claw back those lost yards from the previous day… and it went right down to the wire in an exciting finale. Again, the overall positions were unclear with changes right up to the final round, it was going to be a nervous wait for some while the results were tabulated. 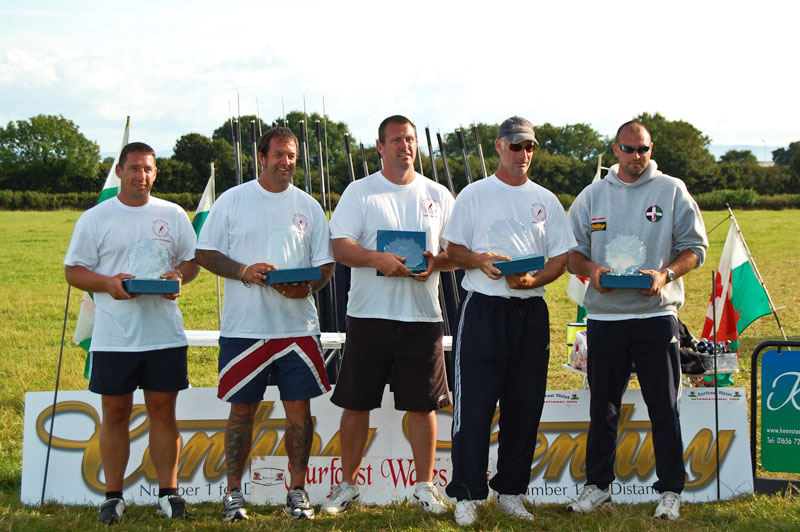 In the teams, England ‘A’ had increased their day 1 lead to secure a well deserved first place, followed by Wales ‘A’ in second, and England ‘B’ third. The individual event was won convincingly won by Danny Moeskops, while second place went Steve Boyt with an excellent overall event organised by Surfcast Wales. Christian Brayley managed to secure third spot thanks to his second day efforts. All 41 casters stepped up to the prize table to receive their prizes with 20th place still receiving an Abu Blue Yonder reel, which showed the quality of the prizes up for grabs. All in all a very memorable weekend with a great atmosphere from the Welsh hosts, next up was the Terry Carroll Zziplex Invitational the following weekend. 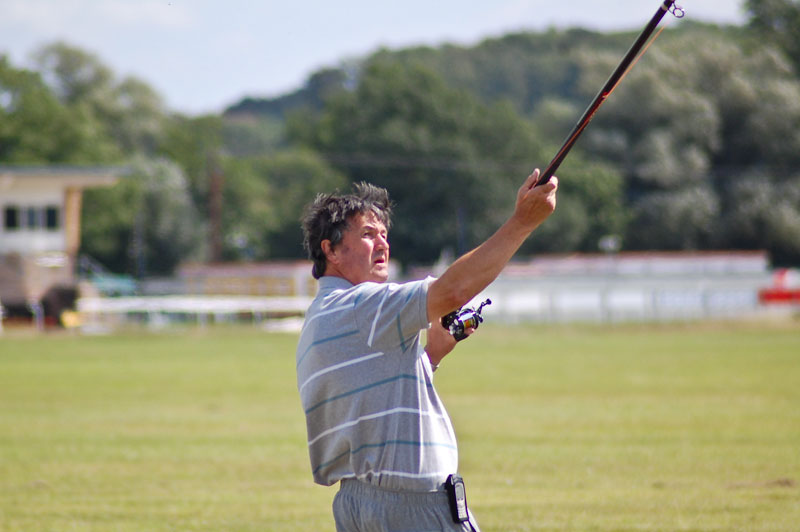 It had been over a year since Terry Carroll, the man behind the legendary Zziplex rods, first announced that he would be sponsoring an International Invitational Surfcasting event. And coming hot on the heels of the Surfcast Wales event ensured casters from around the world would be in the country and keen to lay their hands on the spoils of the trophy table. The event was hosted by the United Kingdom Surfcasting Federation (UKSF) at Huntingdon Racecourse, Cambridgeshire, over the weekend of August 15/16.

Once again the sun gods were kind as the weather was fantastic, and with strong winds forecast, it had the makings of a great weekend. 58 casters were in attendance, with the regular faces from around the world being joined by some of the best casters of yesteryear. Neil Mackellow, Andy Green and Terry Carroll himself were all going to be casting.

Prior to the start the UKSF Chairman thanked Terry for not only for his generosity in providing the prizes, but also for his phenomenal enthusiasm and involvement in competitive casting which has spanned some 40 years. Indeed Terry was largely responsible for starting the surfcasting revolution that we now all take for granted. Terry was then presented with a very unique ‘40′ trophy in recognition of this. 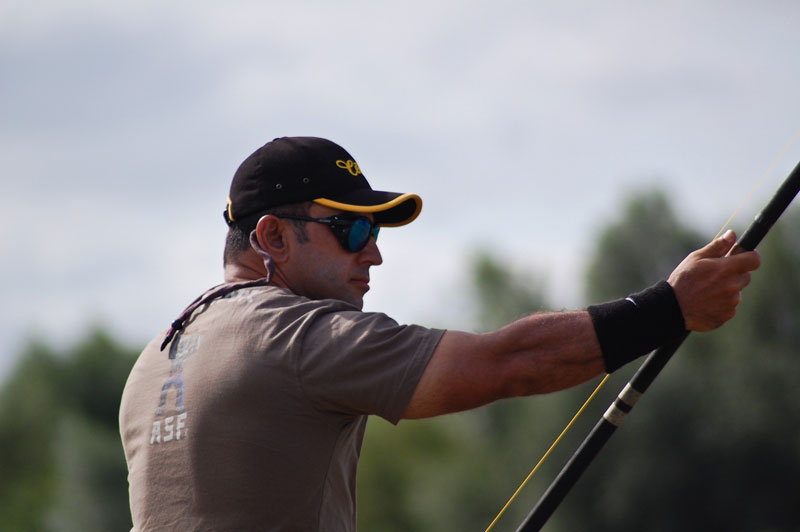 Format the weekend was to be an Individual event on the Saturday where casters would have free choice of 100/125/150/175gm leads. Results from day one would be used to seed everyone into 4-man teams for the second day event, ensuring a very close competition for day 2. Terry Carroll had put up an fantastic array of prizes, including 11 rods emblazoned with special Zziplex Invitational 2009 decals, and some very chic looking Zziplex fishing luggage. In addition, prizes were on offer from Italian reel tuners ‘Zeta Engineering’, Tony Gittens of ‘TG Developments’ and Ultima UK Ltd.

Day 1: Day one kicked off with a good wind was blowing down the court. Once again Danny showed the rest of the field how it should be done, as he made holes in the grass well past the end of the court. Elsewhere, it was close run and the wind was causing problems as it swirled to cross-court after the first couple rounds. Many struggled in the conditions and distances were generally down with only 13 of the 58-strong field making it to the 240 metre line. The day finished with a top of Danny Moeskops, Andy Copping and Garry Blanchard, all of whom managed to record very respectable distances over the 255 metre mark. 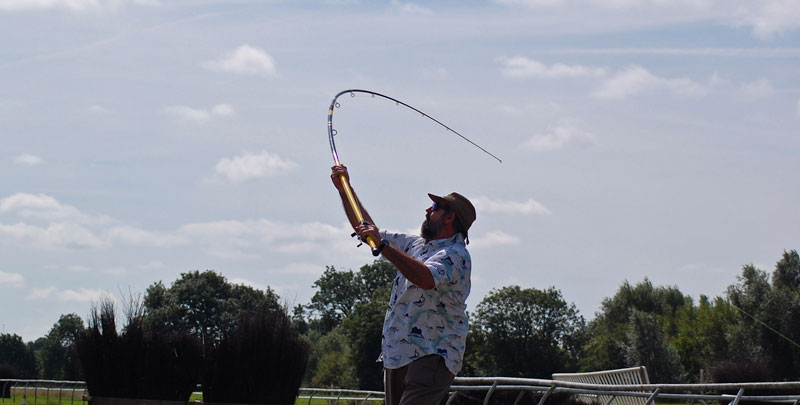 Day 2: The teams were announced based on the previous day results; this would be a very closely fought event. Again the winds veered across court at times, creating for difficult conditions for some. Big Danny, Andy Copping, Frenchman Fabrice Roehrig and Christian Brayley being the only individuals passing the 250 metre line. However, this was a team event and in the end it was the 4 man team of Mark Jakins, Paolo Fiorenzano, Neil Mackellow and Dave Coad who won by 10 metres to take first place. And just to show how fair the team event was, less that 60 metres separated all 14 teams!