In Search of Maine Haddock

Mention haddock and most angler’s thoughts turn to Scotland, the Nordic countries or the Cornish coast. However, this popular, tasty species ranges across the Atlantic to US shores and Dana Benner takes us on a trip from the port of Rye in search of Maine haddock.

Though the New Hampshire coastline is the smallest in the United States, it provides access to some of the best ground fishing in the world; the Gulf of Maine. My goal was to tap into some of the bounty that this area offers in particular the Maine haddock.  On this day I was to be fishing with Captain Don aboard the Lily B II. 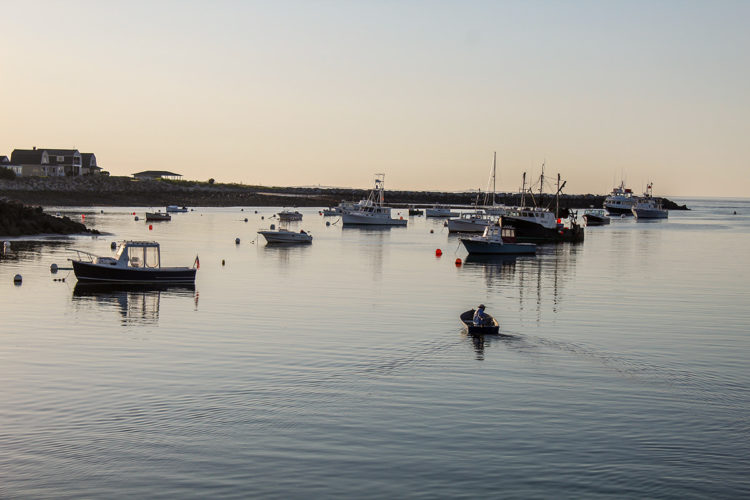 I met up with Captain Don, along with the five other anglers, at 7:00 am on the marina in Rye, New Hampshire.  Half an hour later we were all loaded and shoving off from the dock.  As our captain piloted us out of the harbour, I took stock of the boat and the gear that we would be using on this day out on the Atlantic.

The Lily B II is a 27 foot Lobster Eastern with a cuddy cabin built by Eastern Boats.  It is designed to hold six anglers, which it seems to do with no real problems.  The Lily B II is powered by an inboard 163hp Volvo diesel and it has a double hull for safety.

Captain Don does provide his customers with rods, reels and bait, although you are welcome to bring your own gear.  He will even fillet your catch for you at no extra charge.  While some of the passengers on this trip did decide to bring their own gear, I opted to use the gear provided by the skipper.  The equipment consisted of six foot, medium action rods.  Each rod was paired with a level wind reel spooled with 50 pound test braided line. 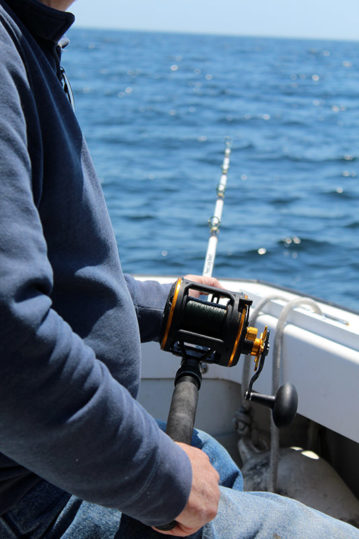 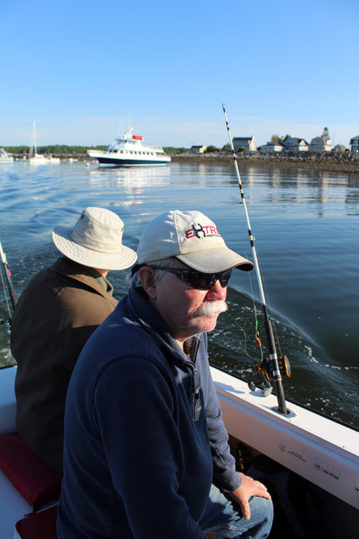 Ralph and Dave on Lily B II

While we were using no leader as such, there was a length of monofilament tied to the main line to form a trace.  Onto the monofilament were tied two circle hooks, one above the other. At the end of the rig was either a 16 or 20 ounce lead weight.  The size of the weight used all depended upon the position of the boat and speed of the current.  As we would be drifting through and over likely spots, current and the speed of the drift was very important.  Our bait for the Maine haddock consisted of medium sized, whole shrimp and clams. 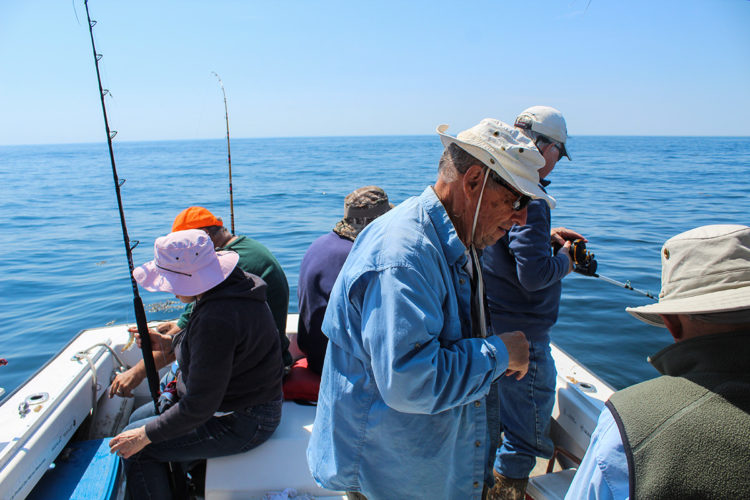 Anglers aboard Lily B II

Speaking with the skipper established that our destination was an area about 15 miles out from the harbour, past the Isles of Shoals.  Though these waters hold a variety of ground fish, ranging from cod and haddock to pollack and hake, our target on this day would be haddock.

While the waters of the Gulf of Maine are well known its cod fishery, this fishery has been overfished for so long that it has all been but closed down an effort to allow the cod population to recover.  Currently the cod season is closed from October 1st through July 31st and even when it does re-open you are only allowed to keep one fish and it has to measure 24 inches or better. 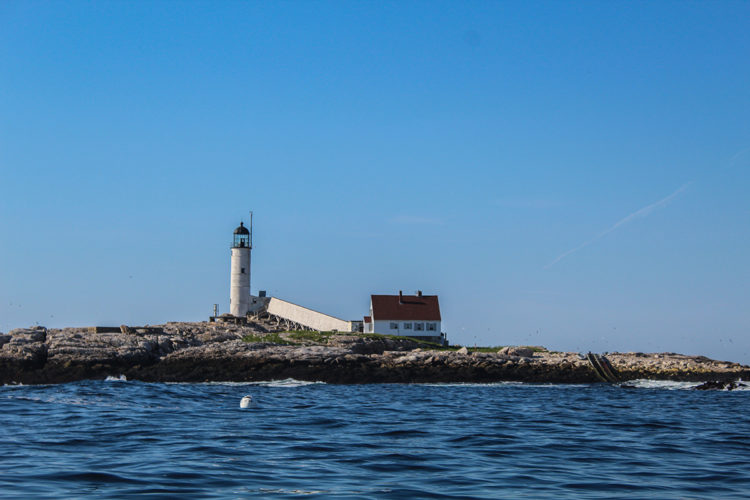 The haddock season on the other hand is only closed from March 1st to April 14th.  During the season the angler is allowed 15 fish per day with a minimum length of 17 inches.  That is the reason why we were targeting haddock.

Captain Don told me that at this time of year, the first two weeks of June, the fish are roving, following the bait species.  With this said, there are certain things to look for, namely the ocean’s topography.  Cod seem to prefer muddy flat bottom areas, while haddock relate to structure, in this case the edges of underwater plateaus.  Both species like deeper water, 200 feet or better, and they hug the bottom.  Pollack on the other hand, stay suspended off of the bottom, ambushing bait as it sinks.  The area we were to fish had all of this, so we actually could catch just about anything; and we did.

Haddies Come Out to Play

Within five minutes of arriving on scene most of the anglers had their lines in the water.  We were drifting in about 210 feet of water and it didn’t take long before we got the first hookup. 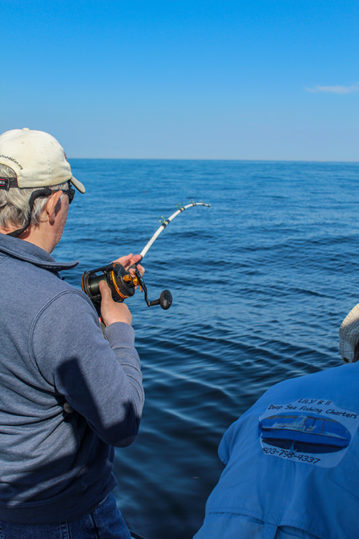 Ralph with fish on 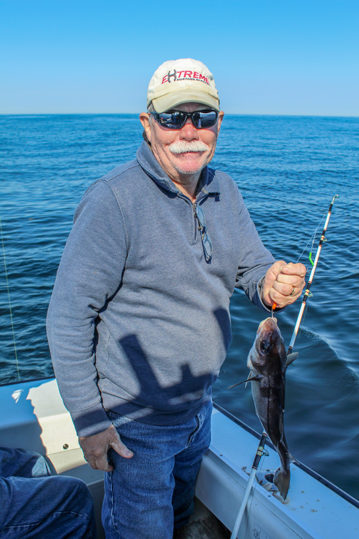 Ralph landed a nice haddock on shrimp with the fish being the first keeper of the day, measuring 19 inches long.  Soon other anglers were boating fish, some keepers and some under the size limit. This went on throughout the day, with some action being faster than others.  When all was said and done there were nine keeper haddock in the cooler. 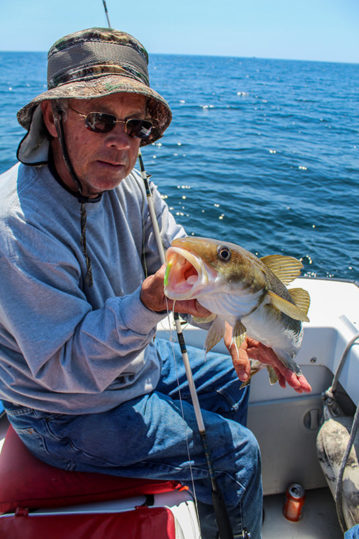 Dave with an out of season cod 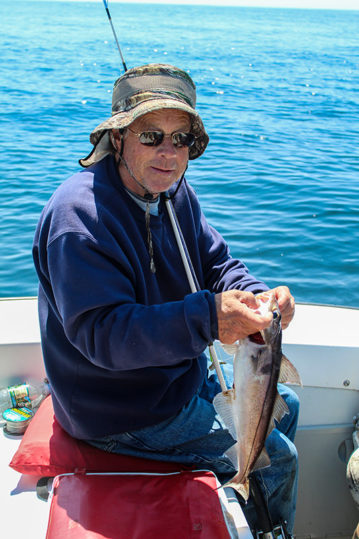 Dave with a Maine haddock

Just as many, if not more were released due to their size.  Some cod were also caught and promptly released.  More than a few sculpin were boated as well as a fairly good sized wolfish, all of which were released.

At about 2:00 pm we started to make our way back to port.  What had started out as perfectly calm seas were starting to turn ugly real quick.  Because of the weather conditions it took us a little longer to get in, but it always better to play it safe.  Once back to dock Captain Don filleted the day’s catch of Maine haddock and we all spoke to the New Hampshire Fish and Game people who came down to the boat to check our catch. 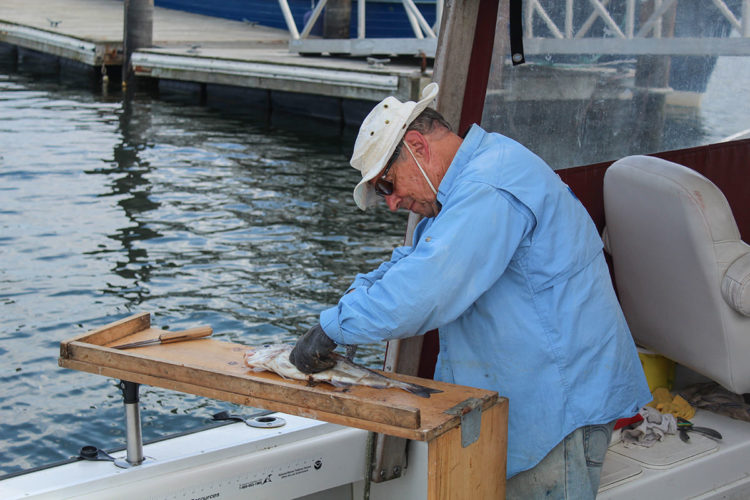 Overall it was a great day on the water.  We caught fish and had a good time doing it.  It wasn’t too cold and we didn’t have to battle rough water while we were out there. 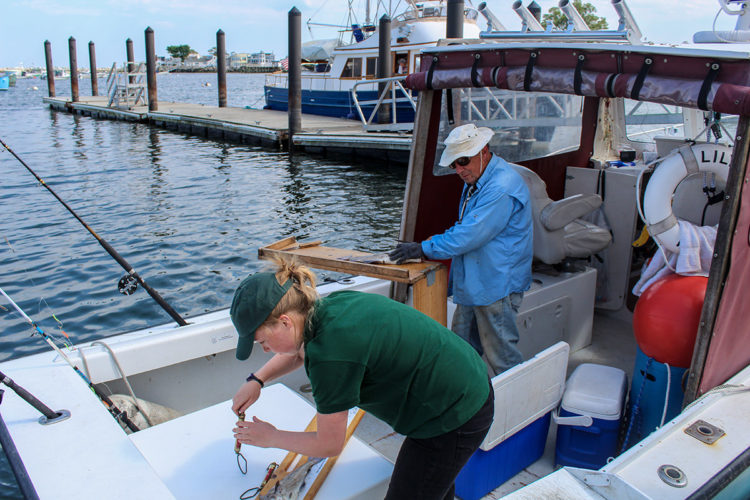 Being checked by Fish and Game officer

As I left the harbour I realized that I had only eaten two sandwiches all day and I was hungry.  I stopped at what I consider the best seafood restaurant in Hampton, New Hampshire; Little Jack’s Seafood.  I ordered up some clams and a cold Shoals Pale Ale, reflecting on my day.  It was the perfect end to a wonderful time.