Members of Skegness Pier Angling Club continue their Welsh weekend with a species session on the renowned Holyhead Breakwater.

After our enjoyable boat trip and comfy night at the Dublin Ferry, Gethyn Owen arrived with a large polystyrene box of quality bait. An excellent breakfast consumed the convoy of cars set off for the short trip to the breakwater, with the occupants full of anticipation.

I was in the lead and drove all the way to the end of the main stem, where there is a substantial railing on the right hand side, which looked ideal for resting the rods. Big mistake – I don’t think anyone managed to recover the end gear intact from their first cast. So after a quick rethink, I went up to the end by the lighthouse and chucked a two hook trace out a far as possible, while Phil and Dave Shorthouse fished down the side of the stem with rag-baited scratching rigs. The rest of the crew headed shoreward, to try to find spots that were a little less tackle-hungry. 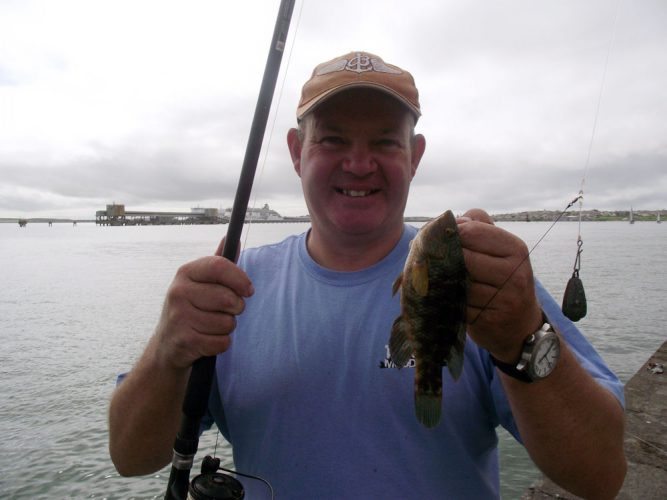 There didn’t appear to be any snags right off the end and after 10 minutes I pulled in a small poor cod, which didn’t exactly rock my boat, so it was back to join my two scratching mates, who were catching lots of mini-species from down the side. I soon had my carp rod set up with braid-filled Shimano fixed spool and one of the few remaining wrasse rigs from the previous day. Straight away I was into fish, with various wrasse species and tiny pollack taking a liking to the small pieces of rag. Then Phil’s friend and Holyhead local Arthur Beechey arrived to have a chuck with us, so we decided to move back along the breakwater about 100m, so we could do some bottom fishing away from the snags. 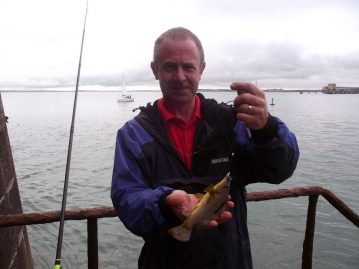 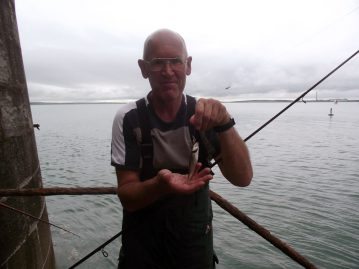 I baited the same 2-hook setup with rag tipped with chunks of sandeel, banged it out as far possible, then dug out a similar rig, allowing Arthur to fish with one of Phil’s rods. As he was setting up, we noticed an unusually large moth struggling on the surface close to the breakwater, and kind hearted Arthur made it his mission to rescue the unfortunate creature. He followed it along with the tide until eventually managing to get close enough to the water to encourage the moth to grab hold of the tip of Phil’s telescopic boat rod. The moth, identified as a convolvulus hawk moth, was then transferred to the boot of Arthur’s car, where it sat quite happily drying out and later made the journey home with him. 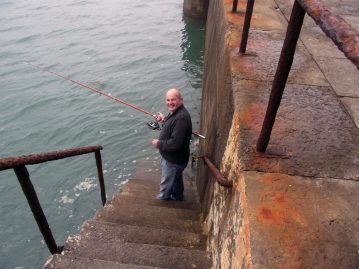 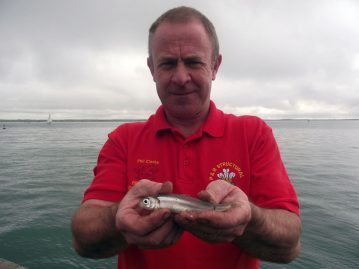 Back to the fishing and reports of plenty of fish were coming along from our club mates, with Neil catching a tidy tub gurnard and everyone else bagging up on mini-species, along with some nice wrasse. Dave Shorthouse had sneaked a few fresh peeler crab into his bait box and made excellent use of them; catching three smoothhounds, all weighing about 5lb. A local to the right of us also caught a small hound on fish bait and reports came through the grapevine of another local catching a near double figure conger. I pulled in the distance rod, and the reasonable weight on the end turned out to be a dog and whiting double shot, which were immediately returned. After re-baiting and casting out again to the same area, I turned to the carp rod again and joined Phil fishing down the side. To say the fishing was good would be an understatement as wrasse, rockling, pollack, smelt, and double shots of blennies all took a liking to the rag baits. The venue positively screams out for the new trend of LRF, and I will be returning there one day with extremely light tackle, to let the little fish show their full potential. 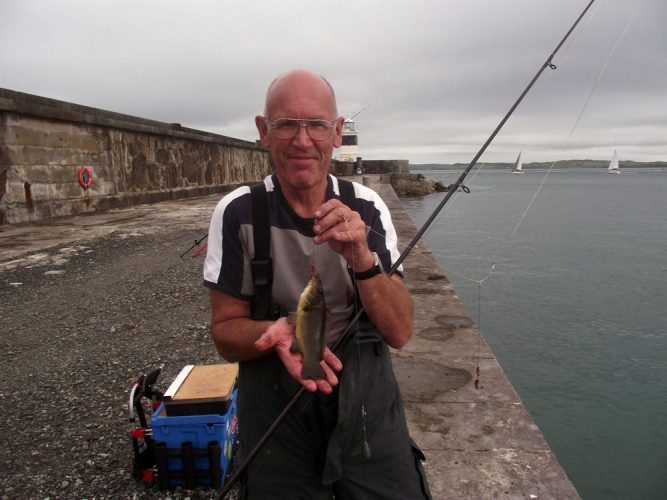 On pulling in the Century CME again, it felt even heavier than the last time but, unfortunately, the substantial bend resulted in just another sizeable dogfish and a rather large spider crab, which had done its level best to decimate my hook length. Dave Short also landed a large spider and Phil an attractive velvet crab but, being crustaceans, we didn’t add them to the species count. All good things must come to an end, and it was soon time for Phil and myself to depart. Arthur had invited us back to his house for lunch, so we slowly made our way back along the breakwater, stopping to say goodbye to our friends, who all seemed to be enjoying themselves in the sunny weather. 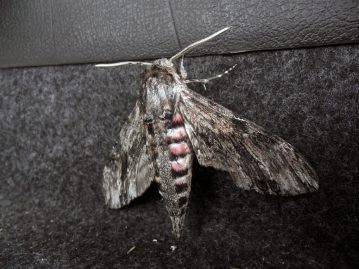 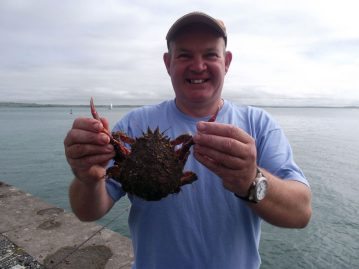 So ended a most enjoyable SPAC excursion, which to my mind is what Club fishing is all about. We all get on exceedingly well together with not a cross word said over the entire weekend, and the women added a welcome new dimension to the trip. The Dublin Ferry fully deserves the excellent reviews, including mine, it has received on Trip Advisor. As for Gethyn on My Way, if I were fortunate enough to come back in any future life as a charter skipper, then I would aspire to be just like him. 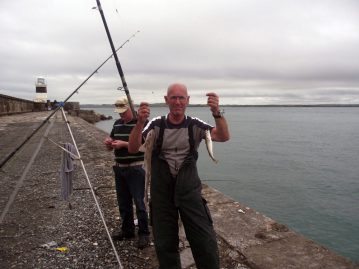 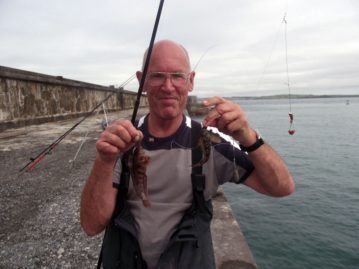 Finally, I would like to express a whopping big “thank-you” to everyone who contributed to making the trip such a success; in particular to Coalie, Gethyn and Phil for their invaluable assistance. Roll on the next time, when I will hopefully be in possession of some suitable LRF gear.