The fishing was fairly slow with weed being an issue up and over high water, but once the ebb started the weed disappeared.

First cast and first blood fell to Ian Childerhouse with a hound of 79cm, this turned out to be his only sizeable fish but was enough to secure third place, with the fish for 5lb 11/3oz. Second place went to Russell Taylor also with one hound for 5lb 8oz. 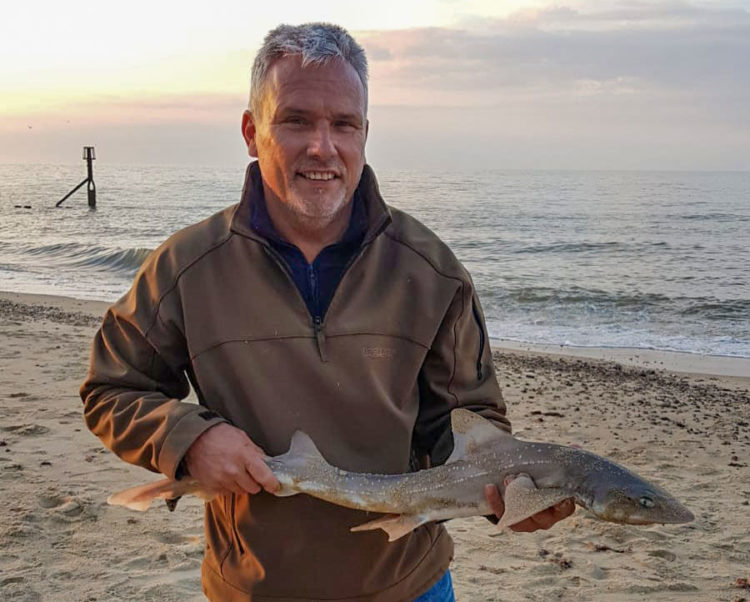 It was John Harvey who took the top spot with a better hound of 87cm for 7lb 4oz.

With the top three all catching a single hound each, Mention must go to fourth placed Simon Bottomley who had three fish for 1lb 101/3oz. If the hounds hadn’t turned up he would have won the match with his two flounders and his first ever sole of 27cm. 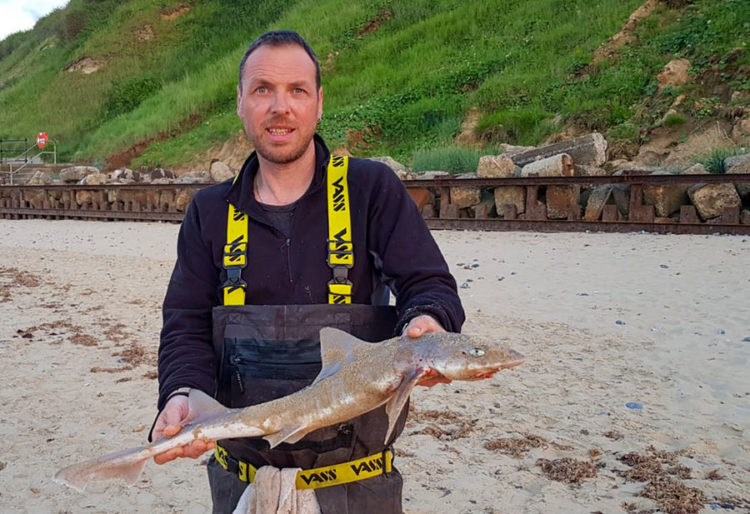 Russell Taylor with his smoothhound

A lovely evening on the beach even if the fishing wasn’t great.

Next week’s match is at Kelling.

Don’t forget you can get up to the minute reports and info, with our WhatsApp group, its free to use. Simply click the link to join on your phone.

Smoothhounds Move On To Fylde Coast