Low Water Is Time To Be On Lancashire Beaches

What a week, the weather has improved and so has the fishing. Low water is alive with fish at the moment, multiple rays, smoothhounds, sole and bass on the tides with a surf running. The Wall has been up and down but is still producing.

The Cleveleys beaches at low water are fishing fantastic using fish wraps such as squid and sandeel. The pier has also produced some fantastic fish for the members, not in numbers but good size with loads of bull huss showing into double figures. Backed up by loads of rays and dogfish. Again fish baits are in their own at moment.

Twenty five anglers fished, 15 caught fish but the majority only had one fish. Mostly small smoothhound but a few rays, the odd dog, whiting, eel and plaice. 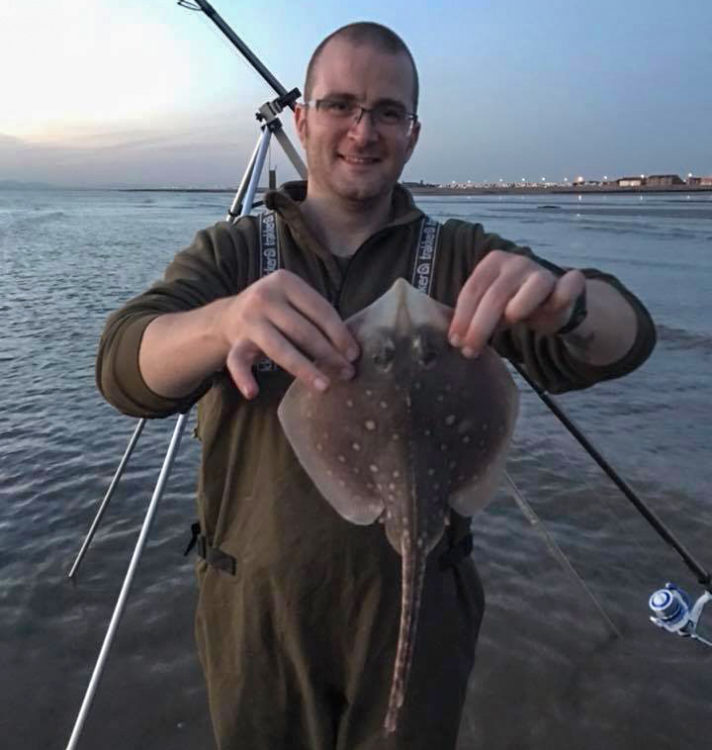 Rik Chippendale with his first ever thornback ray

Quite a few of the entrants spent three hours looking at a motionless rod. Phil lamb was obviously in the right spot, having four fish including a four pound thornback and a nine pound smoothie.

This Sunday is the Club’s heaviest fish match, the Steve Hall Memorial Open. Fished from 10am until 1.30pm from Victoria Road, Cleveleys to Rossall Hospital. Register at Fleetwood Conservative Club from 8am, £20 entry. 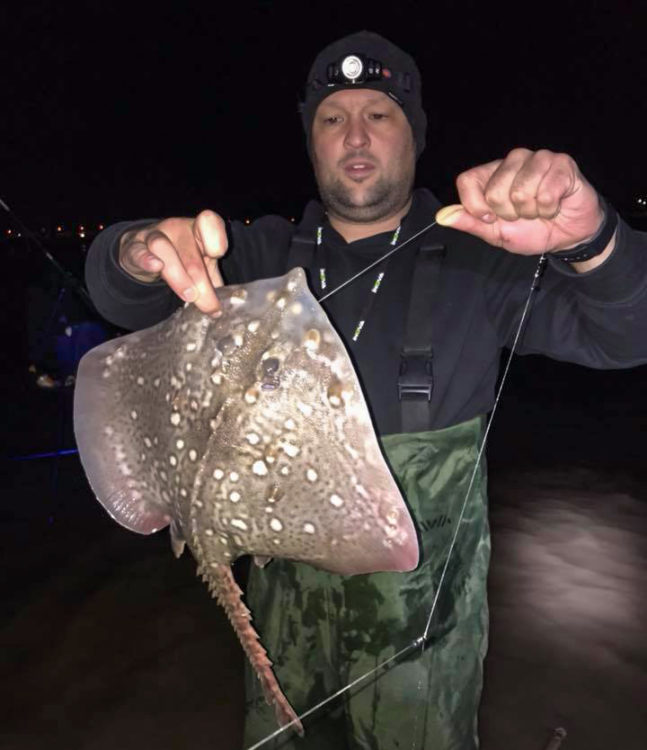 Craig Orritt with a thornback

Blackpool Boat Angling Club member Jonathon Hall enjoyed a great day out with Chris Nickson on Maserflatty and Neil Whittle on Sundaze. The boats were in the water about 9.30am and they headed north towards Fleetwood to pump some fresh bait. They then moved south in a snotty sea to fish around the Gynn. They fished the same spot all day with none stop action landing eight thornbacks to 7lb. The lads also had a few doggies and some lovely plaice which provided great sport on light tackle. Lots of weavers were about together with pin whiting and small dabs. Chris had a small tub gurnard. The bait on the day was fresh black tipped with rag from Jordan Russell.

Dave Brown was out last Tuesday night and had an incredible night’s fishing. He fished an hour and a half down and the same back in perfect conditions. It had blown in the day and flattened right off at night. First cast produced a 6lb ray and it was fish every cast. Dave ended with eight ray from tiny to the 6 pounder. He also had about half a dozen dogfish and tope pups. Highlight of the night was a 7lb bull huss on one hook of his pennel and a dogfish on the other. Dave also enjoyed other sessions with a good smoothie among the fish landed. 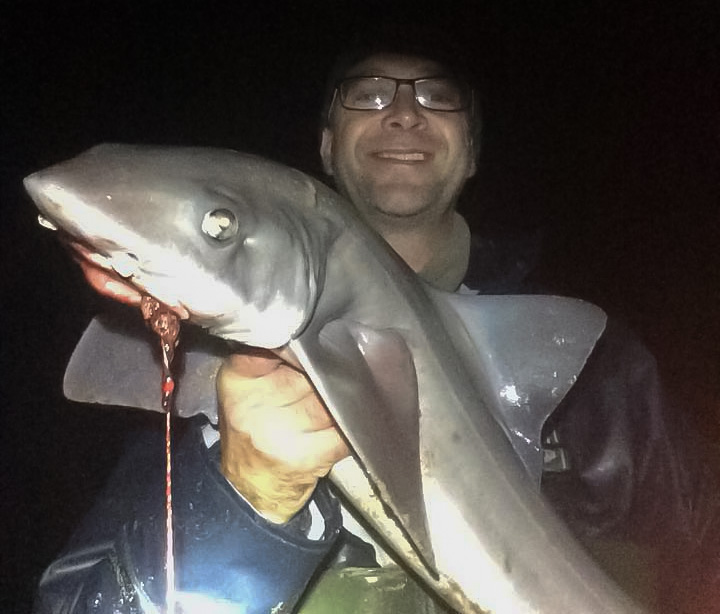 Dave Brown with a 9½lb smoothhound