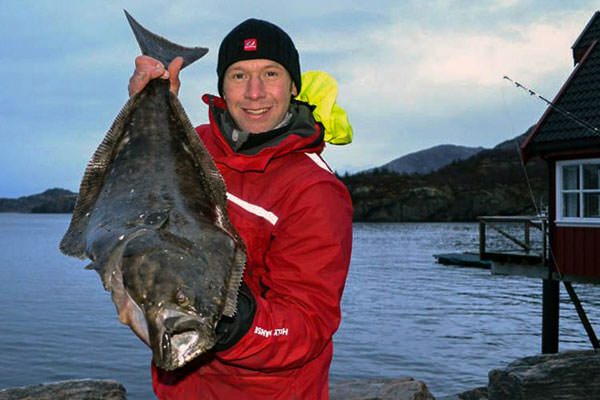 The halibut is the largest of the flatfishes and has a thick but comparatively slender body. The eyes are on the right side of the head. The tail fin is slightly concave. The mouth contains large teeth and the lower jaw is prominent. The lateral line has a pronounced D-shaped curve above the pectoral fin. The topside of the halibut is a greenish-brown to dark brown and the underside is pearly white.

The halibut can reach weights of over 300 kilos.

This halibut is throughout the continental shelf of the north Atlantic from the south west of the UK up into the Arctic Circle. It is found in greatest numbers in depths between 40 to 200 metres but inhabits depths of over 1000 metres. It lives over a range of seabeds including sand, rock and gravel. While, like most flatfish, it spends time on the seabed the halibut is an active predator and will hunt its prey in mid-water.

The halibut feeds extensively on fish but also includes squid, prawns and other crustaceans in its diet.

Fish baits including whole live and dead baits are effective for halibut.

Halibut will take lures in particular pirks and baited versions can be particularly effective. Some Swedish anglers fishing in Norway have had good results when trolling with large plugs (crankbaits) and shads with weighted heads are also popular. 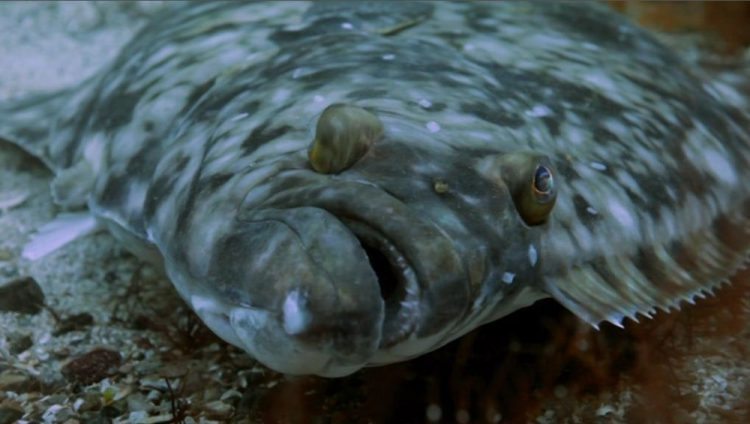