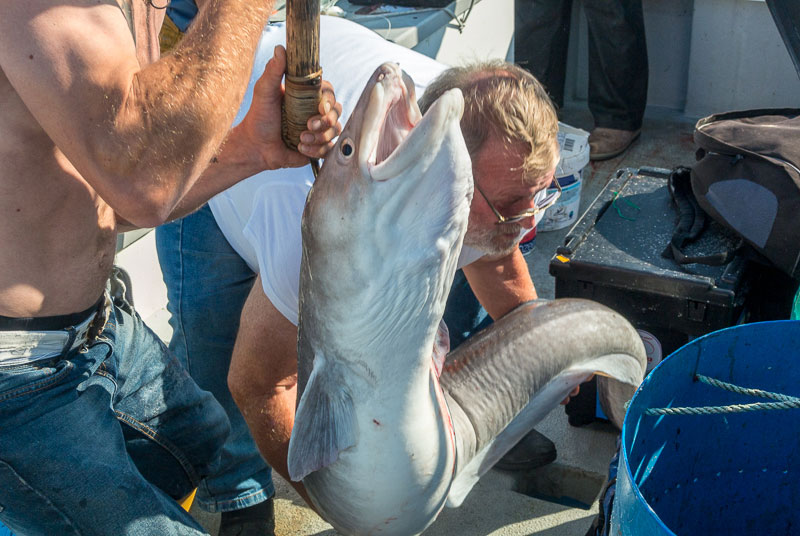 The conger has a round, elongated body and a continuous dorsal fin which merges with the ventral fin. Unlike the common eel the dorsal fin starts near to the pectoral fin. Colouration on the back and sides varies from a dull brown to dark grey depending upon the location. 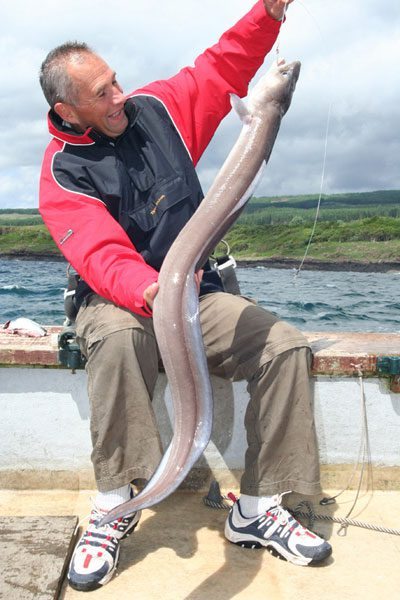 The conger can be a massive fish with a maximum weight in excess of 65 kg and lengths approaching three metres. The shore angler choosing a suitable mark could locate fish of up to 25 kg.

Conger will be found mainly over rocks, wrecks and other structures including around piers. They inhabit depths from the shoreline to 200 metres and it’s not unusual to see them swimming around weed and kelp beds close to the surface in harbours and sea lochs. It breeds in the deep water trenches in the tropical Atlantic.

The diet of the conger consists mainly of fish, large crabs and octopuses.

Mackerel flappers are the most consisted conger bait but pouting can also be an effective fish bait. Conger will also take squid and cuttlefish baits and smaller ones from the shore are partial to peeler crab.