Gilly Eels are a new quality artificial sandeel imported into the UK and sold exclusively by Ocean Tackle Store. They are available in 115mm, 150mm and 170mm sizes, but the likes of the fire-tail patterns and several of the other eye-catching killer colours pictured are only currently available in the most popular 150mm size.

The colours are vivid, and real eye-burners that will attract a good deal of interest from pollack, cod and bass fanatics in particular. Formed from tough high quality silicon, these lures certainly cut it in the key areas of the general robustness and swimming action. 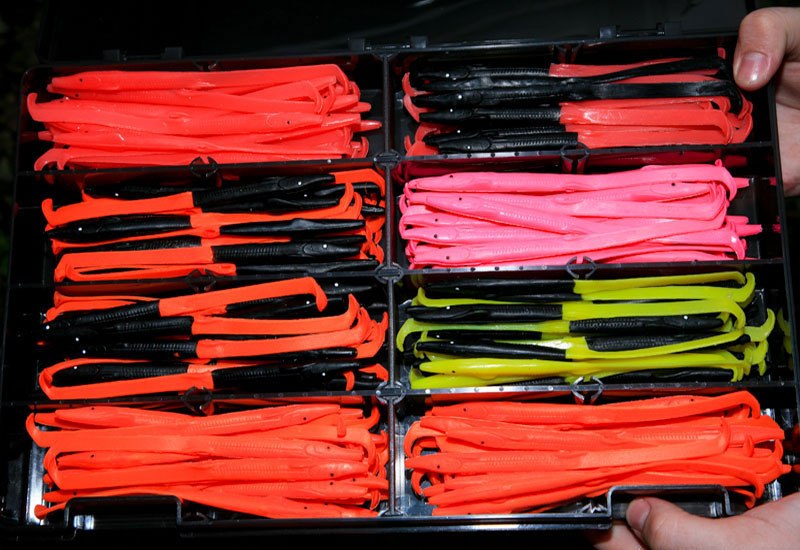 The tail shape holds up well during storage and transit, and I would go as far as to suggest that the Gillys are nowhere near as prone to kinking and damage as other more famous and more expensive eels. These eels have not been in my possession long but, so far, there is no evidence of colour contamination across different coloured lures which have been stored together in a standard plastic lure box.

In appearance terms the Gilly Eel might be described as something of a Red Gill / Eddystone hybrid lure. The head and body are Red Gill-like, while the tail length and very supple nature of the tail section is more in keeping with the alternative Eddystone. Other distinguishing features include prominent pectoral fins for increased stability on the retrieve, and a larger bore hollow body to assist with buoyancy. 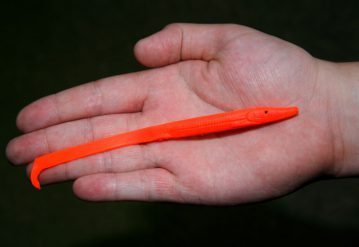 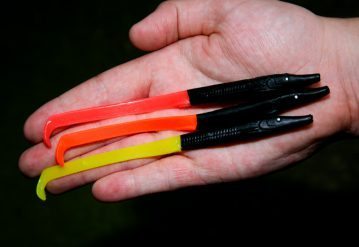 Get the Hooks Right

While line is certainly very easily threaded through the Gillys, I do think that the large hollow centre is potentially more a hindrance than any great help if it isn’t considered when rigging these eels. Gilly eels come without hooks fitted, and my gripe is that many popular hook patterns don’t easily find purchase against the sides inside the lure. As such, they are prone to unsolicited left or right movement. For most UK fishing applications the eel needs to track true, and in order to achieve this it is essential that the hook locks internally so that the point remains parallel to the belly of the lure while it is being worked.

This is not a problem with Gilly Eels so long as carefully attention is given to hook selection and situation. The simple fact is that any old hook won’t do. Pick something with a large eye, like a forged O’Shaughnessy or Sakuma Manta Extra in sizes 3/0 – 5/0 for the 150mm version. Alternatively, install a suitable rubber bead inside the eel, and, using a knot that allows a generous right-angled tag-end to be left, pull the knot solidly into the hidden bead to lock the hook. Now, if all of that sounds like brain-frazzle then it’s a good job that Ocean Tackle Store are happy to recommend appropriate hooks, so don’t be afraid to ask the question when ordering. 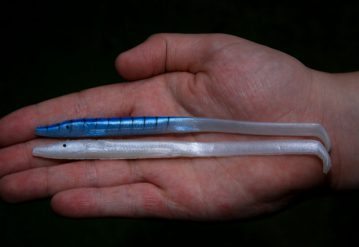 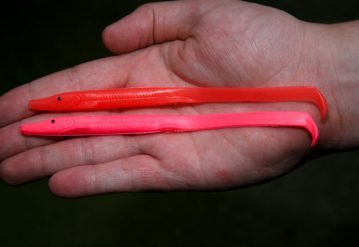