Tackle shops are crowded with numerous different makes and types of rod rests for beach anglers. Some are superb while others are about as functional as a chocolate kettle. Phil McAbe has brutalised his share of tripods and was deemed just the man to test the Fisheagle Super Deluxe Match Tripod. 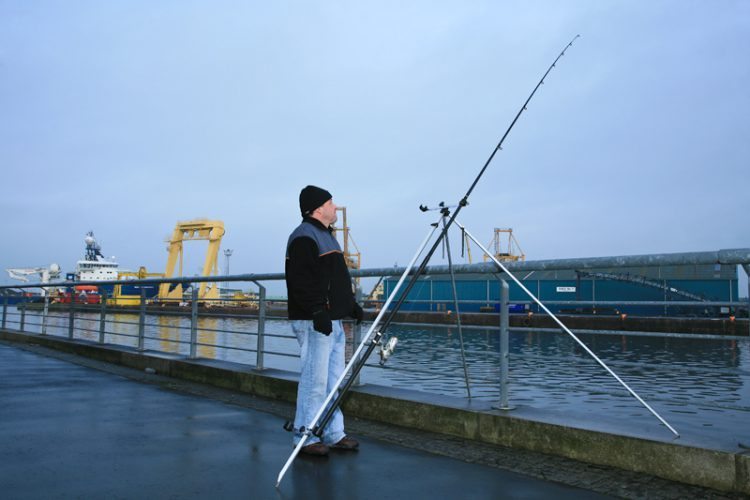 I must have owned a dozen tripods in my time, most of which I have bent, buckled and otherwise trashed in the course of fishing, or transporting them. I have knocked seven bells out of some of the most expensive examples on the market just as easily as I have murdered cheapies that some people would quite wrongly have us believe are a waste of money… much depends of the type of fishing and the frequency of use. At the knockdown Glasgow Angling Centre price of £29.99, the 2 metre Fisheagle Super Deluxe Match Tripod that I was handed to work with, ticked the right price box, but how would it fare after some serious rock and beach sessions?

I don’t think that I am particularly heavy-handed with my equipment, but I am demanding of it. And having gone through most of the tripods currently available I expect several things for my money. Good stability, acceptable weight, quality fittings and overall length are all given careful consideration, and such were the main criteria upon which this tripod would be judged.

The trend to load rod rests, rod stands, shore tripods, call them what you will, with all sorts of bells and whistles paraphernalia is one that I do not buy into. Don’t get me wrong, one or two extra functional attributes are fine, but rod stands plastered with rashes of plastic swarf are often unnecessarily heavy and court all sorts of breakage problems. Lets face it, rod stands get blown over every now and then, and an excess of bolt-on gizmos is asking for trouble, especially on rocks where simple is best. You’ll be pleased to know then that the Super Deluxe Tripod is not excessively blighted with jutting plastic nonsense. 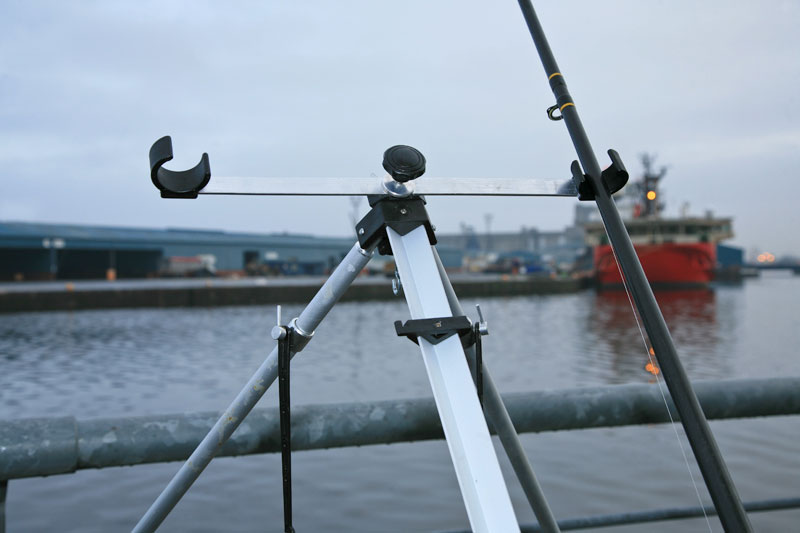 Weighing just 1.5 kilos in all, the 2 metre long Fisheagle Super Deluxe is a double head/double cup rest. The swivelling head bar is fitted with plastic rod retainers similar to those on the best-selling Ian Golds rests. Head bar and bottom bar movement from the vertical ‘in transit’ position to the horizontal for fishing is via sturdy, metal-threaded adjusters and locknuts. The head bar is generously long which means it won’t crowd a pair of long continental beach rods, which require adequate breathing space due to the bulkier form of the favoured large fixed spool reels. Numerous other tripods fail to address this ‘new’ aspect of UK shore angling.

All legs sport spiked metal points on the bottoms, while an adjustable leg-lock function solidly braces the unit’s three legs. Locked legs facilitate easy movement up or down a flat beach, but the option can be used or not as required. Leg-locking operation is via a lever-screw at the top of each leg. The cup bar at the bottom is adjustable and can be repositioned to suit on the central length of angle bar. The back and central legs are of a standard size, so if you are of a mind to decorate with extras, or you want to replace a worn or damaged part then loads of bits from other popular rests fit the Super Deluxe. 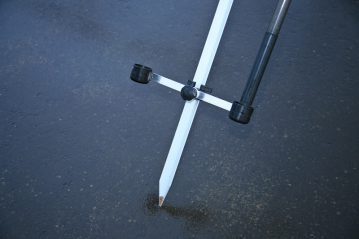 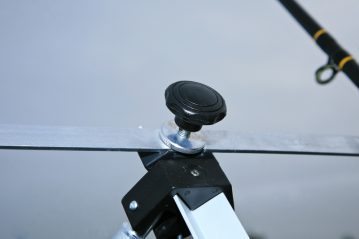 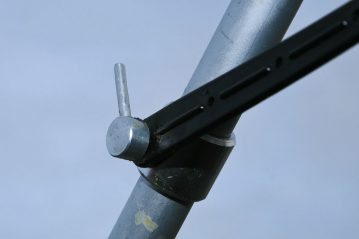 While no tripod is completely wind-proof the SDMT has stood up well to fishing open sandy beaches in strong winds, but time must be taken to ensure that the rest is adjusted and set properly to begin with. Placing a pair of ungainly 16ft beach rods high in the Super Deluxe Tripod proved no problem at all, with the wide top and bottom bars spreading the double load well.

Ideally, all three legs should be forced into the sand to make sure a gusting change of wind direction doesn’t topple it and your rods. There is a stability hook sited under the main joint for the primary purpose of hanging up bag of stones but I have never had to use it. The lightweight SDMT is easy to carry on yomps to distant rock marks; it was likewise stable on rocky venues where the use of the leg locking kit was not possible due to uneven surfaces and the spread required. The pointed legs proved handy for jamming into clefts in the rock.

Any criticisms that I have could be levelled at just about every tripod on the market. The plastic components, particularly where the leg-locking arms attach top the angle bar, are prone to accidental damage. Also all metal threads will benefit from a blast of WD40 to prevent salt build-up and seizing. 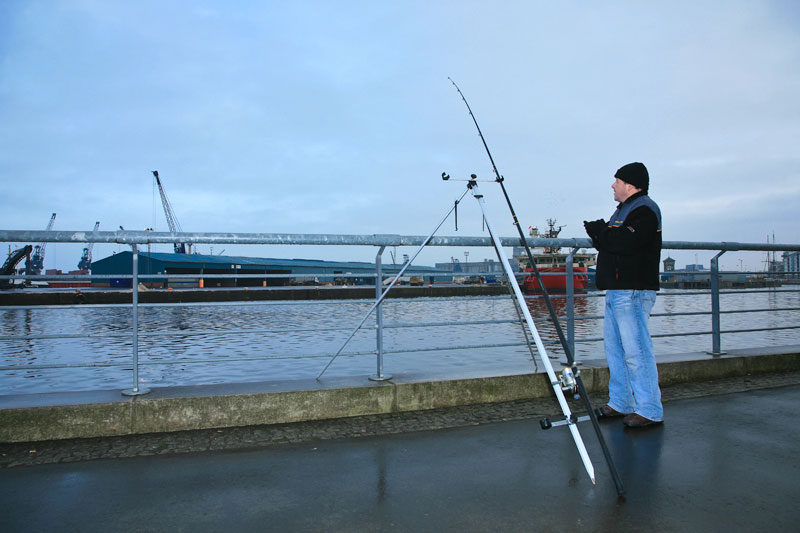 I once paid just short of £100 for a super-dooper tripod from Italian tackle company, Ultamarine which fell terribly short in the functionality stakes, and turned out to be a festering pile of useless seized metal after just a few hours on the beach… an expensive lesson learned. Overall the Fisheagle SDMT is an excellent tripod that is certainly worth the £44.99 RRP, however at the current Glasgow Angling Centre price of £29.99, it’s a steal, and I am giving serious thought to ordering another.